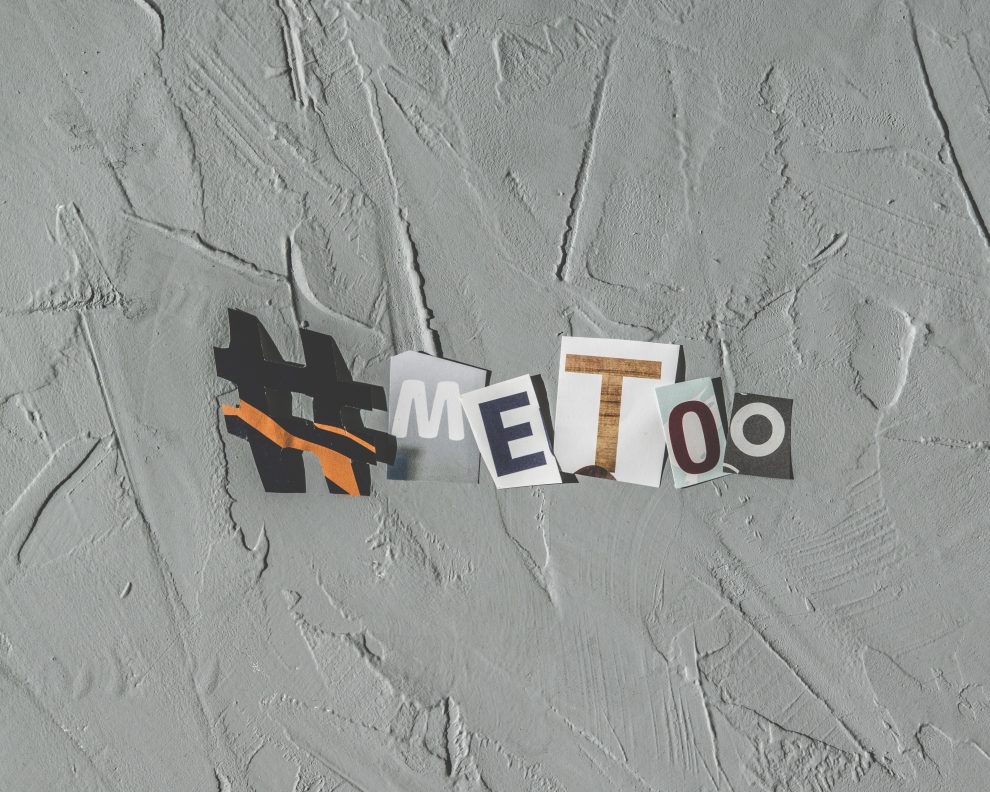 The #MeToo movement, launched by activist Tarana Burke 10 years ago, went viral in October after actress Alyssa Milano and other prominent women publicized it, and after countless women (and a few men) published the hashtag on their social media pages to indicate that they had been sexually harassed or violated at some point in their lives.

This is such a common occurrence in the lives of women that few were startled at the sheer numbers of #MeToo postings. Live long enough while being female and it will happen to you. #NotMe is a movement that will never catch on.

What is different this time is that more men are listening, that accused men who were protected by their prominence are nonetheless being shamed and getting fired, and that the white-hot spotlight is trained on the entertainment industry.

Time magazine’s persons of the year for 2017 were the Silence Breakers, women who “finally” blew the whistle on men who abused women who worked for them. “Finally,” because in nearly every case, the offensive behavior had long been discussed in certain circles, just not told to all of America. The titillation of those perpetrator names also being household names drove the movement, which would not have taken off at all had the names been those of guys who lived down the street.

But here’s the thing. Statistically, sexual harassment is probably no more prevalent in film studios than it is in politicians’ offices and national sports league locker rooms and newsrooms and restaurant kitchens, and no more prevalent among famous, powerful men than among the men working where you work.

A 2015 survey by Cosmopolitan magazine found that 1 in 3 women is sexually harassed at work. An October 2017 ABC News-Washington Post poll reports sexual harassment at epidemic proportions, happening to more than half of all women. That’s 33 million American women, and 95 percent of them report that the perpetrators go unpunished. Most harassers are coworkers, clients, customers, and managers, in that order. Harassment is most common in food service and hospitality, retail, and arts and entertainment in a tie with STEM industries (science, technology, engineering, and math). It’s bad in entertainment because it’s bad everywhere.

All those numbers are far too low, claims the U.S. Equal Employment Opportunity Commission (EEOC), estimating that what’s reported is only one fourth of the reality. Harassment is bad business, costing companies millions in job turnover, sick leave, and decreased productivity. And, adds the EEOC, sexual harassment seminars are colossally ineffective.

The reason seminars don’t work is the reason women speaking up doesn’t typically work. We have a culture of social, legal, and governmental systems that positions men more favorably, safely, and respectfully than it does women. Male behavior toward women is rooted in patri­archy (social and governmental systems in which women are excluded from the power men have) and misogyny (personal and institutional prejudice against women).

Men do not like to have this pointed out to them. To avoid looking at these origins squarely, we blame women for reporting and for not reporting, hold women responsible for the violence that men do, and point to individual men as singular perpetrators. They aren’t; they are products of the culture we’ve inherited and sustained.

Media produce and reinforce patriarchy and misogyny. Media are profoundly powerful, shaping cultural attitudes and telling us who we are and who everyone else is, too. Media show us who is valuable and who is not. How media present us indicates our value to the rest of society.

Advertising so focuses on the sexual value of women that feminist scholar Jennifer Caputi calls it “everyday pornography.” My college students are shocked when they are assigned to count the overwhelming numbers of magazine ad images in which women are nearly nude and men are fully dressed, in which women are restrained and men are confident and comfortable, in which women are unconscious and men are standing over them. “Why didn’t I recognize this before?” they ask, distressed. “I see these images all the time, but I didn’t actually see them!”

It’s the cultural water we swim in. We grow accustomed to seeing women in ads, films, and television dressed to provoke, positioned in subservience, and handled as body parts existing independently of intellect, spirit, or humanity. The entertainment industry built itself on the sexual attractiveness of women to heterosexual men, and what women say on screen, who they are allowed to be in the stories we tell ourselves, and what they are allowed to look like is consciously created by media producers and subconsciously accepted by media audiences.

Even those who do not accept it are still surrounded by media imagery that, despite our best intentions, ultimately affect us and teach us how the world works. Just as we are taught by parents and leaders and teachers, we are taught by beer ads and billboards and action movies.

This culture hurts women. It also hurts men. Good men must resist popular culture and the ideology of masculinity in America in order to treat women as if they are fellow human beings. Of course, most men recognize this and negotiate how to accomplish this in life, but there’s the rub—it is a negotiation, an active choice to swim upstream against the current.

A good thing is happening, but let’s not pat ourselves on the back until the job is done.

Advertisement
TagsCulture in Context Pop culture Women in the church