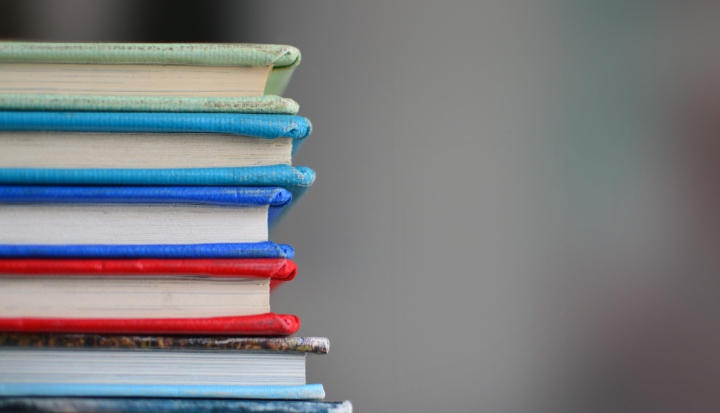 My favorite Thanksgiving food is stuffing—I love making it, eating it, and talking about making and eating it. It isn’t visually appealing, but once you take a bite, it’s easy to understand why this should-be-gross food is a staple at American Thanksgiving celebrations. It’s a mixture of odd flavors and textures coming together, and somehow, it just works.

Like stuffing, Thanksgiving is a holiday where often an interesting mix of characters and opinions are forced to come together. But unlike stuffing, sometimes it doesn’t work. An uncle doesn’t want to talk a cousin after seeing on Facebook she attended a Black Lives Matter rally. Grandma ignores her grandson who brought his hijab-wearing girlfriend to meet the family. A Hillary Clinton enthusiast tries to un-invite her Donald Trump-supporting brother.

At a time when our country is so polarized, it’s no surprise that our Thanksgiving tables are too. Starting conversations about a political or justice issue at a divided table can be hard. So here are five books to bring to your Thanksgiving table that may help people of varying viewpoints have a productive discussion.

1.    To discuss LGBT issues:  Building a Bridge: How the Catholic Church and the LGBT Community Can Enter into a Relationship of Respect, Compassion, and Sensitivity by James Martin, S.J. (HarperOne, 2017)

Written in response to the mass shooting at Pulse nightclub in Orlando, Building a Bridge tackles the “hot button” issue of LGBT persons and the church. “The work of the Gospel cannot be accomplished if one part of the church is essentially separate from any other part,” Martin writes. “Between the two groups, the LGBT community and the institutional church, a chasm has formed, a separation for which a bridge needs to be built.” Building a Bridge certainly brings up an important topic, but even Jesuit priest James Martin himself has called his book “mild.” He doesn’t say anything radical or contradict church teachings, making it the perfect first step into discussing larger LGBT rights issues.

2.    To discuss poverty: Evicted: Poverty and Profit in the American City by Matthew Desmond (Broadway Books, 2017)

People on both sides of the political aisle have opinions about what keeps people in poverty. “For decades, we’ve focused mainly on jobs, public assistance, parenting, and mass incarceration. No one can deny the importance of these issues, but something fundamental is missing,” Matthew Desmond writes. “We have failed to fully appreciate how deeply housing is implicated in the creation of poverty. Not everyone living in a distressed neighborhood is associated with gang members, parole officers, employers, social workers, or pastors. But nearly all of them have a landlord.” Desmond paints a vivid picture of eviction using personal stories and sociological data he collected while living for over a year in Milwaukee amongst those on the brink of eviction. It presents the topic in such a compelling way that readers on any side of your Thanksgiving table will have something to think about.

3.    To discuss gun violence: Another Day in the Death of America: A Chronicle of Ten Short Lives by Gary Younge (Nation Books, 2016)

When a mass shooting happens, everyone is eager to discuss gun control. But the reality is that people are affected by gun violence every day. Younge picked an arbitrary day—November 3, 2013—and tells the story of every child under the age of 18 who died from gun violence that day. “This is not a selection of the most compelling cases possible; it is a narration of the deaths that happened,” he writes. “Pick a different day, you get a different book. Fate chose the victims; time shapes the narrative.” The victims differ in age, race, class, and geographic location, allowing Another Day in the Death of America to paint a raw, intimate picture of the widespread reality of gun violence. Even your gun loving uncle will have something to say about this book.

4.    If you want to discuss the environment: An Inconvenient Sequel: Truth to Power by Al Gore (Rodale Books, 2017)

“At this point in the fight to solve the climate crisis, there are only three questions remaining: Must we change? Can we change? Will we change?” So begins Vice President Al Gore’s second book on climate change. Like in his wildly successful first book and documentary, An Inconvenient Truth, Gore exposes the harsh realities of climate change: destructive hurricanes, devastating floods, and countless other natural disasters. It’s not all depressing, though. The book also points to positive changes that have already been made and offers suggestions for how the world can limit the effects of climate change moving forward. And you don’t have to be a climate scientist to enjoy this book. Gore’s accessible writing, the beautiful photography, and compelling infographics make this a book that everyone will take something away from.

5.    If you want to discuss differing faiths: Undivided: A Muslim Daughter, Her Christian Mother, Their Path to Peace by Patricia Raybon and Alana Raybon (Thomas Nelson, 2015)

We all have relatives who have made choices we disagree with. But what if that choice was to convert to a different religion? That’s exactly what happened to Patricia Raybon when her daughter, Alana, converted from Christianity to Islam. After 10 years of tiptoeing around the topic of religious faith, Patricia and Alana finally decided to start talking about their differences—which helped them begin to heal their relationship. This memoir is an emotional read for anyone who has found themselves at odds with their parents—or children—and shows how conversation is an important first step toward reconciliation.

Change is hard—whether it’s changing something trivial like stuffing or something more significant like someone’s opinion on an important issue. But asking, “Have you read…” to the relative you tend to disagree with is easy. With these books in hand, you’re sure to have a lively—and hopefully productive—conversation this Thanksgiving.