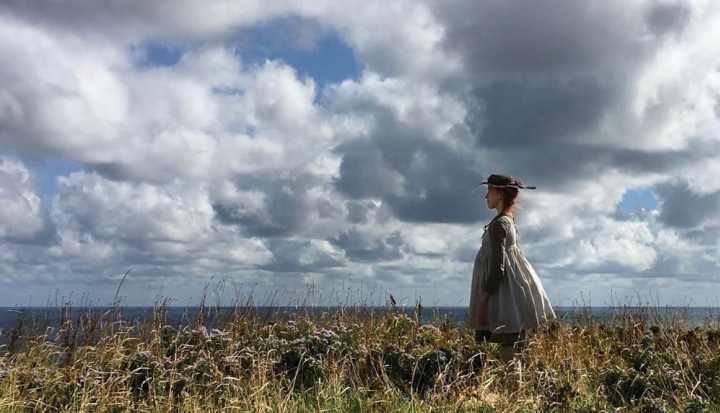 Judging by the stories media tell us, boys are the only humans perplexed by puberty. Film and television tales of moving from adolescence to adulthood focus primarily on young men, as though girls did not also lurch awkwardly toward maturity. Think of Boyhood, The Sandlot, Stand By Me, This Boy’s Life, Almost Famous, Big, The Summer of ’42, Breaking Away.

Building a dramatic narrative around what it’s like for a girl to become a woman is rare. When a program or film defines “becoming a woman” as something complex and nuanced (rather than simply having sex), it is even more rare and delightful.

The 2017 Canadian Broadcasting Corporation and Netflix series, Anne with an E—based on the 1908 novel Anne of Green Gables by Lucy Maud Montgomery—is delightful, indeed, and was recently renewed for its second season. The program is charming, serious, and doing important work, some of it rooted in its hundred-year-old beloved source material and some of it drawing on 21st-century gritty realities.

So-called “losing it” films focus merely on initial sexual experiences. True coming-of-age narratives like Anne with an E explore the complexities and nuances of entering adolescence and beginning to negotiate life without the assumptions of childhood. Even a century ago, as Anne’s story demonstrates, 14-year-old girls struggled to navigate the treacherous waters of wanting to be accepted by the cool kids, agonized over being bullied in school, imagined themselves as too fat or too thin or too ugly, and were startled to discover that adults were flawed and very human creatures.

In this retelling of the gentler original novel, the harsh life of an orphan in foster care is laid bare. Anne is beaten, demeaned, neglected, and loves reading Jane Eyre, for obvious reasons. The threats facing a parentless child are undisguised—Anne receives little schooling, struggles to find a home, endures want and poverty, and deals with death, violence, and a pedophile who approaches her in a train station.

She witnesses a teacher making advances on a young student, misunderstands how sex works, and liberally shares what she doesn’t know to earn a spot in a desirable clique. Unprotected as a child, she knows more about life than the other children and is an oddity in her one-room schoolhouse. Anne employs clumsy and ill-conceived strategies to try to fit in. Her social graces are nearly nonexistent, but the sheer force of her personality—she finds things “thrilling” and “romantical” and “simply wonderful”—attracts people to her.

Anne reads voraciously, and when she is on her own and penniless, she sells her ability to dramatically recite poetry to earn train fare. Her challenging early life taught her extraordinary common sense, and she helps a neighbor slow down a house fire and rescues a child with croup. She is a force of nature, and she charms strangers with her untrammeled delight in the world, in words, and in beauty. When she finds a home with an aging brother (R. H. Thomson as Matthew) and sister (Geraldine James as Marilla) who are running their family farm, she swamps their quiet, dour existence with torrents of words and fanciful literary imagery. She rattles on without pause and sometimes without thinking in an unrelenting outpour of run-on sentences and stream of consciousness monologues that barely pause for air. She is lanky, toothy, freckled, and awkward. She hates her red hair and describes herself as too plain to ever be beautiful, but those dimples and intelligent eyes tell another story: She is going to be spectacular.

The series, like the novel, is set in the late 19th century on Prince Edward Island. Bleak winter scenes of aging barns and haunting vistas of endless fields are framed lovingly, just as Anne sees her newly adopted home. Costumes and sets are meticulously rendered, and the acting is first-rate. Amybeth McNulty is flawlessly cast as Anne, and Geraldine James is a wonder, communicating more with rigid posture and a raised eyebrow than other actresses can in a page of dialogue.

Anne finds an unlikely mentor in the imperious elderly aunt of a friend. Aunt Josephine terrifies everyone but Anne, who addresses her as an equal and impresses her by competently handling an emergency with a sick child. Aunt Josephine is in mourning over the death of her longtime female companion, and though Anne has no real idea of what that term is code for, she recognizes a heart in pain and responds with compassion beyond her years.

Importantly, Anne is offered intuitive and knowing guidance from older women such as Aunt Josephine and Marilla. Anne’s confusion at sexist assumptions about educating women is met with deep understanding, and the self-contained Marilla surprises with her tender-hearted response to Anne’s social rejections.

Canadian Moira Walley-Beckett, writer and producer of AMC’s Breaking Bad and creator of Starz ballet drama series Flesh and Bone, is Anne with an E’s creator. She assembles a cast of mostly women, and many episode directors are women, including Helen Shaver and Amanda Tapping. Perhaps it is this mix of women behind the scenes that informs the women in front of the camera, both young and grown.

This story of an outsider designing her own path to womanhood displays great faith in something too often overlooked—the inherent strength and wonder of little girls.

TagsCulture in Context TV and film Women in the church