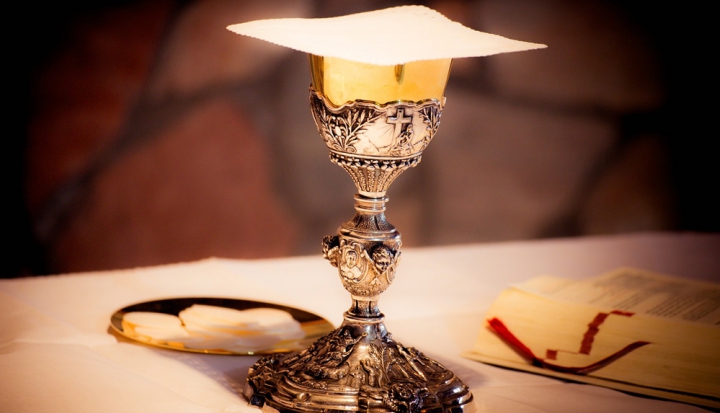 I visited Peru in January 1997, graciously hosted by a family in Callao. My host, Carlos, and I were the same age, and he took me to a festival called Tunantada. The Jauja Province held the festival in a field to honor the province’s patron saints—the martyrs Fabian and Sebastian.

Carlos was so involved in the festivities—dancing, costume contests, and games—that I was left to wander the field alone. I stuck out as a foreigner. A group of young adults my age spotted me and quickly took me in. “Ven. Ven. Come here.” We stood together in a clump, watching the parade of dancers, absorbing the raucous music, and sharing a liter of local beer with one small glass.

Though I had balked at first, having been duly warned not to drink tap water and to be mindful of what I ate and drank so as not to get sick, I stood and drank for hours, no longer a stranger, with these people I had just met. The desire to accept such earnest hospitality, and the hope to know this marvelous and strange-to-me culture on a level deeper than mere tourism, pushed me beyond my discomfort. I took the cup and drank.

My Spanish was only rudimentary. For some of my companions, Spanish was a second language. But our communication had gone beyond verbal. The group had welcomed me and made me a part of it. Sharing a common cup and laughter created a community, a communion that was in its own way holy.

Have you ever taken a swig from another’s bottle of water or can of soda? Have you raised a glass to toast the bride and groom, to honor a loved one on a special occasion, or to celebrate a holiday? Historians and liturgists don’t know exactly when the custom of sharing a cup began. There’s evidence that in the ancient cultures of Persia and Greece it was customary for members of a group organized for military, political, and even literary pursuits to eat together in formal dinners. At or after the meal, each person would take a sip of wine from a common drinking bowl offered by the leader. This signified that each person belonged to the group. Perhaps more important, it was a pledge, a promise that the individual was wholeheartedly committed to the common mission of the group. Over time individual cups became more readily available, making clearer how drinking from a common bowl evolved into each person raising a glass and even touching that glass to the glasses of others in the group.

Jesus knew and practiced this kind of communal meal with his disciples. In fact, he ate and drank so often with others that it caused indignation among those who opposed him. The Gospels of Matthew (9:11) and Luke (15:2) both record that the Pharisees and scribes “murmured” about this and asked Jesus’ disciples, “Why does your teacher eat with tax collectors and sinners?” It’s an important question to consider if we want to identify with Jesus and commit to his mission. At these meals, Jesus would have shared a cup of wine with others, a custom he most likely learned from his Jewish faith.

The ancient Jews who composed the psalms also knew the practice of raising a common cup. As they did in most things, they found it to be a way to express love for God: “What shall I return to the Lord, for all his bounty to me?” the writer of Psalm 116 sings. “I will lift up the cup of salvation and call on the name of the Lord. I will pay my vows to the Lord in the presence of all his people” (12–14). We now sing this psalm with and for Jesus on Holy Thursday evening.

By the time the gospels—for generations told and learned mouth to ear—were written down, the Jewish Passover meal included four times that all took a sip of wine together. This practice then shaped our understanding of what Jesus did and meant at the Last Supper when he took up the cup. Jews today link these four times to four promises God makes in Exodus 6:6–7: “I will free you from [slavery] . . . I will redeem you . . . I will take you as my people, and I will be your God.” And then God keeps these promises spectacularly.

Christ is present in both elements of bread and wine. Those who cannot tolerate even a sip of alcohol do no wrong and miss none of God’s love and grace when they pass the cup. Neither do those who cannot digest gluten and so receive communion only from the cup. And, of course, common courtesy requires that someone who is sick or getting sick passes by the cup or hangs back and is the last to drink.

For most of us, most of the time, drinking from a shared chalice is the best practice of sharing in holy communion. It is an act of unparalleled intimacy with God, with Jesus, with each other as sisters and brothers reborn of water and the Holy Spirit. You may balk, as I did in Peru. But let the Spirit gently press you beyond your discomfort. Allow yourself to accept Christ’s embarrassing hospitality. Come to know God as more than a passing acquaintance. Fortify yourself to die and rise. Take and drink.