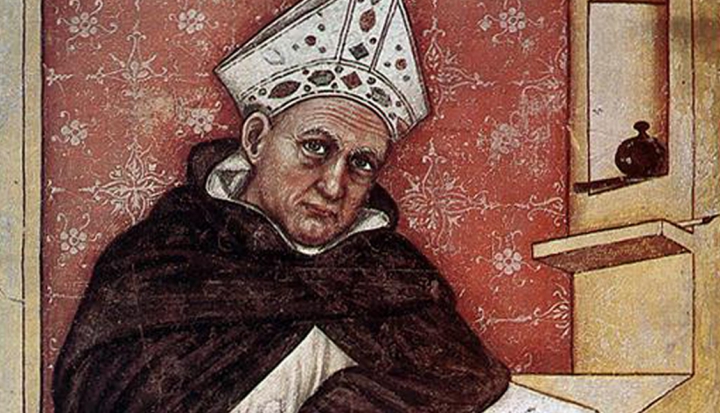 I teach graduate students how to teach math and science. On the first day of each semester, I ask, “Who can tell me something about Albertus Magnus, Albert the Great?” Students usually avoid making eye contact.

Though they expect an explanation, instead of answering the original question, I go on to ask them, “Who can tell me something about Galileo Galilei?” Inevitably, the reply relates to Galileo’s controversy with the church. The students seem surprised when I tell them that Galileo’s notebooks mention Albert the Great 23 times.

Albert the Great was a Dominican friar who is most famous as the teacher of St. Thomas Aquinas. Albert died in 1280, but his scholarship laid the groundwork for modern scientific inquiry centuries later, including Galileo’s heliocentric model of the solar system.

At a time when we have so many questions about science, education, and society, reflecting on the life of Albert the Great is like looking into the past to see the future. The intellectuals of his time were searching for answers to questions by looking beyond our ephemeral lives on earth. Subsequently all medieval teaching was in the hands of the church and was related to theology. Albert, however, complemented theology with science so that they could cooperate toward the search for truth.

Unfortunately, we live in a time when many perceive science as the adversary of theology. I’m certain that this notion would have perplexed Albert even more than it does me.

Albert presented science as a method for discovering reliable knowledge and not merely as a collection of facts, concepts, and ideas about nature. Scientific thinking, according to Albert, is a method that can be applied beyond its ordinary subjects. Teaching this is my goal and should be the goal of any teacher of science.

I relate to Albert as a fellow teacher and believe that my students, as future teachers, can learn from him as well. I am always puzzled when people ask me, “When are you going to move up to the administration?” Unfortunately, some people see teaching as a stepping stone to something else.

That was not the case with Albert the Great. He was a member of the Dominican Order of Preachers, who relied on begging and charitable donations to survive. He wasn’t interested in amassing wealth or fame. Albert was named bishop of Regensburg in 1260 but resigned after less than three years to return to teaching.

Albert shows teachers what it means to be dedicated to our students. When Aquinas died in 1274, word reached Albert that his student’s writings were being attacked. Without hesitation, the elderly man is said to have walked halfway across Europe to defend the writings of his beloved student.

As a teacher, I am always happy to encourage my best students and follow their progress throughout their lives. I’ll never forget the telephone call that I received from a former student, then a first-year teacher, distraught over being reprimanded by her principal for implementing one of my teachings about testing theory. I spoke to the principal in her defense. That day, the principal learned a lesson about testing theory, and I learned that my students really do pay attention in class.

Shortly after his death, Albert’s name was one of three submitted to Pope John XXII for canonization. The other two were his Dominican brethren—Thomas Aquinas and Raymond of Peñafort. Albert’s favorite student, Aquinas, would be canonized first. It was not until six centuries later, on December 16, 1931, that Pope Pius XI canonized Albertus Magnus as a saint. His successor, Pope Pius XII, a Third Order Dominican, declared St. Albert the Great the patron of the natural sciences.

While there is plenty of teaching methodology to cover in my classes, I tell my students about Albert the Great on the first day of class because he is a model for excellent teaching.

Albert set high expectations for his students, and he engaged his students to look at issues in a variety of ways so that they could become masters of their subject matter. And like many great teachers, he developed strong relationships with his students, showing them that he cared about them.

A teacher, of course, can show students the way to find the truth, but Albert the Great also has shown me that sometimes it is the teacher who follows the student’s path to the answer. In the end, all that matters is finding the truth, which is salvation.

Edwin P. Christmann is the chairman of the secondary education department at Slippery Rock University in Slippery Rock, Pennsylvania. 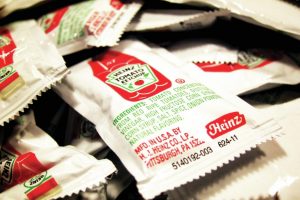 Junk, joy, and relationship in a Facebook ‘free stuff’ group