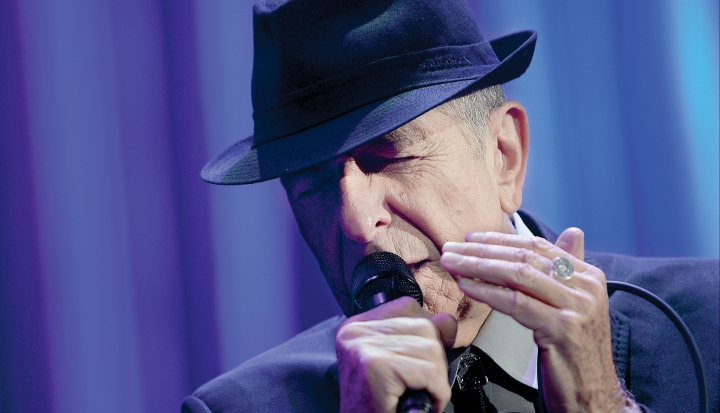 We lost so many beloved cultural figures in 2016 that the year might go down in history as the Year of Celebrity Death.

The losses hit my generation hard. The same year I turned 40 I said goodbye to heroes whose immortality I’d taken for granted. People like Prince and David Bowie, in particular, seemed too otherworldly for something as mundane as death. But it turns out no human being is too cool to die.

When we lost Gene Wilder—Willy Wonka—I posted on Facebook that I was comforted to think of him reunited with his wife, Gilda Radner, on the other side. I was quickly shamed by those who reminded me that Wilder had been married three times and that he’d left behind a living, breathing, grieving widow.

But is it really wrong to rejoice at the idea of being reunited with earthly loves in heaven? Especially when that earthly union brought so much joy? In my heaven, I pouted, I better see Gene and Gilda together again.

A ridiculous thought experiment? Probably. But these were the kinds of questions weighing heavy on my heart in 2016 as I said goodbye. And said goodbye again.

Bowie’s death was the first, in January, and the strangest, because though he’d kept his terminal cancer diagnosis a secret, it’s clear in hindsight that he orchestrated the last year of his life as his final artistic statement—his parting gift to us all. He entered a period of frenetic creativity, writing and producing an off-Broadway play, Lazarus, and his final album, Black Star. The video for the song “Lazarus” features a bedridden, blindfolded Bowie struggling with some unseen force—already morbid enough—but it takes on an even more chilling cast when we know that Bowie was really and truly dying and well aware of it.

As I watched the video for “Lazarus,” a memory bubbled up from childhood of a Catholic prayer for a “good death” or “happy death.” As someone who has seen more than her fair share of death, I can report that the feelings I’ve experienced at the deathbed are neither good nor happy. What could this possibly mean—to make a happy death?

St. Joseph is the patron saint of a good death because, according to tradition, he died well before the crucifixion of natural causes, with both Jesus and Mary at his side. This is what we pray for when we pray for a happy death—not an easy passage across the Styx, but that we will die in a state of grace and enter immediately into the company of the saints.

In other words, we should pray that before we die, we’ll have our spiritual houses in order.

“At a certain point, if you still have your marbles and are not faced with serious financial challenges, you have a chance to put your house in order,” Leonard Cohen—another late hero—told the New Yorker. Cohen’s last album, You Want it Darker, plays like an ongoing wrestling match with Jesus about the final things. To me, it’s an artistic account of trying to get right with God when you know time is short and everything is on the line. “It’s a cliché,” he said, “but it’s underestimated as an analgesic on all levels. Putting your house in order, if you can do it, is one of the most comforting activities, and the benefits of it are incalculable.”

An analgesic, he said—a painkiller, a comforter. Maybe that is what Bowie was seeking by continuing to create with such clear-eyed ferocity, even as his body declined. But Cohen’s words also convey the sense that if one’s house is in order at the time of death, the chaos of loss will somehow be tamed, even for those left behind. There are “incalculable benefits” to facing death with clear eyes—both for the dying and the living.

Whatever Bowie was up to as he worked through his last year of life on earth, I don’t think it was merely a sensational run at the gates of immortality. Though it may have been that too. He was still David Bowie.

A much younger Bowie told the music magazine Melody Maker in 1977, “There are still so many people on an immortality kick . . . what are we after exactly? There’s too much ego involved. And who wants to drag their old decaying frame around until they’re 90, just to assert their ego? I don’t, certainly.”

That’s easy for a young and healthy man to say, but I think, again, of “Lazarus” and of the image of Bowie’s weakened frame being taken, unwillingly, from his desk, from his work, from his art, the doors closing as he disappears in the dark.

Where our idols stand with God at their deaths only they and God know, but Bowie’s artistic house was in order, and it seems like his personal life was too. His wife of more than 20 years and his two children were with him. He’d even sent out notes to people he loved, like his longtime collaborator Brian Eno. He thanked Eno for their good times, which he declared “will never rot.”

When we heard the news, my friend threw an impromptu memorial at a local bar. I drove in a northern Michigan snowstorm to join that celebration, walked in the darkened bar alone, and was welcomed by a crowd of dancers, glasses raised in celebration of that familiar voice that, thank you God, will never rot.