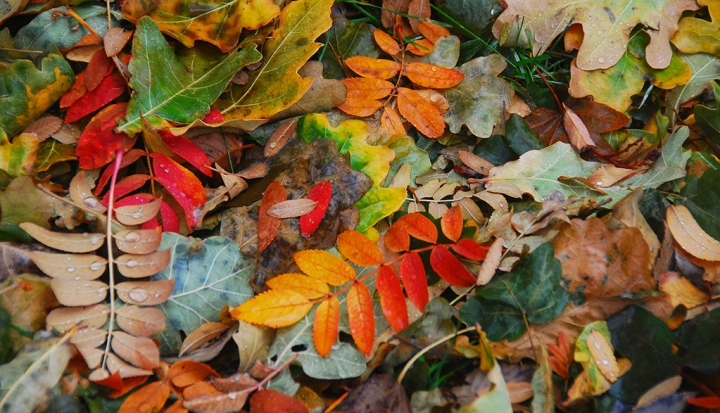 I like the word wayfarer. It fits us humans. We are all travelers on the road of life. Me? I take wayfaring seriously. I walk daily for a couple of hours, and this time outside has become as essential as food to me. Last winter I walked a total of 166 miles while listening to Robert Inglis narrate The Lord of the Rings trilogy on my phone. Treebeard came to life while I wandered, not too hastily, among giant pines. I booted my way through Adirondack foothills in midnight moonlight, alongside my faithful German shepherd, Benny, while I feared for Frodo and Samwise’s safety as they journeyed through Mordor into Mount Doom. I needed to experience the books while walking because, frankly, I never would have sat still to read them. I have read the precise lines of scientific literature for decades, and it is difficult to relax and enjoy the flow of prose.

There are no hobbits, dwarves, orcs, or spells in the tales of scientific papers, but the data and equations tell of a mysterious realm nonetheless, one made of particles, wayfarers in their own sense. Any chemist will testify that nothing is absolutely motionless. All matter and energy obey intricate laws of nature that can be described on some level with mathematics. As Galileo put it, the universe is like a book:

But the book cannot be understood unless one first learns to comprehend the language and read the letters in which it is composed. It is written in the language of mathematics, and its characters are triangles, circles, and other geometric figures without which it is humanly impossible to understand a single word of it; without these, one wanders about in a dark labyrinth. (The Assayer)

I know the characters in this book well. Some might call it a materialist affliction, but I think of these insights as what happens when I have my “chemistry glasses” on, a thorough materialism. I can mentally see deeper into the world. For example, I know that with my every step, be it through mud, across a rain puddle, down a lane, or alongside a corn field, I change forever the course of a great many atoms. So do you, all the time. Every choice we make, however small, changes the course of Earth.

As I write, my shoes have brought moisture into my home from the condensation on the grass. The weather is cooling. I noticed that the cork cells have plugged up leaf veins, and the vibrant chlorophylls that populate the thylakoid membranes in leaf chloroplasts—the highly conjugated redox-active photosensitive molecules organized by protein complexes in the thylakoid membrane at exactly the right angstrom-scale distances to channel photons of light, whose energy is given by Planck’s constant multiplied by the wave frequency, to photosynthetic reaction centers at a 90% efficiency in less than a tenth of a nanosecond, so that the electrons go on to drive reactions that provide energy and oxygen for life—well those molecules have degraded into colorless tetrapyrroles in a matter of days. Their summer extravaganza has ended, and the xanthophyll, beta-carotene, and anthocyanin pigments are left to paint the landscape with wavelengths of yellows, oranges, and reds.

Soon all the leaves will fall and exhale the carbon they breathed via photosynthesis, filling the air with the hardy smell of rot. Then Earth, tilted at 23.4°, will move in its elliptical orbit so that these northern parts are away from the sun, and winter will come. Most of the water will freeze, but will be prevented from becoming denser than liquid water because of the 104.5° bond angle between the hydrogen bonds, which are shoved away by the lone pairs of electrons on the oxygen. Ice will crystallize in its unique way. Snowflakes will form, each recording a history as particles fall through gusts, temperature changes, and pressure fluxes in the atmosphere, and untold quintillions of these intricate journals will melt unnoticed by human eyes before springtime comes.

People look at me funny when I say that the periodic table ought to make one kneel down and weep for joy or that the bond angle in a water molecule is more profound than any poetry, but let me ask you something. If you know about those things—those symmetries and precisions happening all around you—how can you not be stricken by it all? How can you not be awed by the knowledge that there are orchestrations of compounds happening everywhere, physics of bodies in motion complicated by a mere breeze, proteins self-assembling in living things like machines, atoms in molecules sharing and stealing valence electrons like kids playing with toys, the protons and neutrons held together by forces in a supersymmetric miniworld? The language of nature may be mathematical, but the story is a brilliant work beyond the grasp of human imagination. Let me go one step further: How can anyone not wonder who the Author of all this is?

When I walk, I often feel a pain that I cannot appreciate every detail, but just as I am learning to enjoy prose, I am learning to take in the whole of nature. I read (OK, listened to) The Lord of the Rings because I figured it would be a pity to get to the end of my life and never experience the stories that J. R. R. Tolkien created. I am thankful to know Peregrin Took, Gandalf the Grey, Gimli son of Glóin, Galadriel, and Éowyn. They remind me that good triumphs over evil, even when life is hard, and that we are all God’s children. Likewise, if we pray the creed and mean it, if we believe that God created everything visible and invisible, matter on the macroscale, matter at the subatomic realm, the hierarchy of souls, and the hierarchy of angels, then we see biology, chemistry, and physics as a love affair with creation, the study of the handiwork of God. We long to know God more so we can love God more, right? A Christian should be most eager to learn about science.

Every time I hear a Christian snarl at nature’s “blind chance and randomness” as if it is some dark force sundered from God, I cringe. There is no absolute blind chance and randomness in a universe created and governed by God’s providence. Sure, the branches on trees seem to grow randomly, the paths of individual rain drops are completely unpredictable by us, and a pile of decaying leaf matter looks anything but ordered—but every particle and force in nature follows created laws of motion and interactions throughout the cosmos. We are the ones who are blind, not God.

But being human is wonderful! We are granted souls with the powers of intellect and will to create in ways of our own. We journey in this world taking in sensory data and analyzing it abstractly, moving matter in ways in which the Creator allows us, governing the planet. Science would be impossible without rationality and freedom, but science would also be nonexistent without an intelligible universe and order. So as you walk through life, fellow wayfarer, however you do it, never stop striving to learn new things. Among your studies, include the study of creation, for its tale is playing out in the atoms of your every heartbeat and breath right now.

Stacy A. Trasancos (@StacyTrasancos) is a wife and mother of seven. She holds a Ph.D. in chemistry from Penn State University and an M.A. in dogmatic theology from Holy Apostles College and Seminary. She teaches for Kolbe Academy, Holy Apostles College & Seminary, and Seton Hall University. She is author of Science Was Born of Christianity: The Teaching of Fr. Stanley L. Jaki and Particles of Faith: A Catholic Guide to Navigating Science (Ave Maria Press). You can visit her website here.