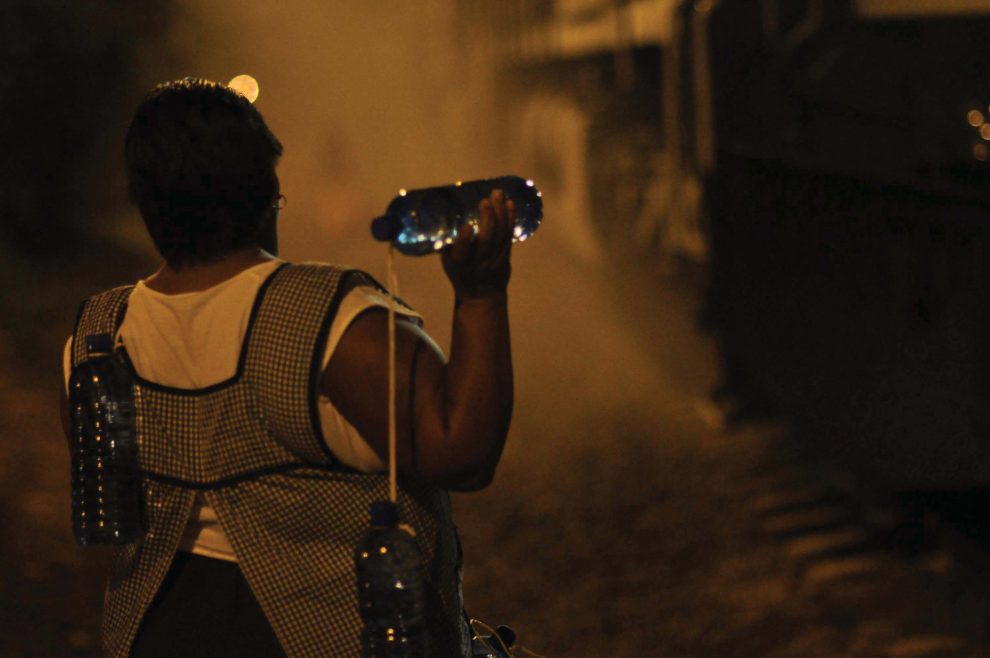 A dozen people line the train tracks in La Patrona, Veracruz, Mexico, holding out bags of food and bottles of water tied together with string as a train thunders toward the crossing. Most are women. Known as Las Patronas, this group has been aiding Central American refugees, including those who cling to the tops of the cargo trains they call La Bestia: the Beast.

Until the summer of 2014, hundreds of refugees could be found on the trains. These people had gone days without anything to eat or drink, so they’d grab the food and water held out by Las Patronas as the train hurtled by. But in June 2014 President Obama met with Mexican president Enrique Peña Nieto in Washington, D.C. to discuss ways to slow Central American migration through Mexico. Two months later the Mexican government instituted Programa Frontera Sur(the South Border Program).

When Peña Nieto announced the program, he said it would protect refugees. The plan, according to the Mexican government, would stop refugees and migrants from risking injury by riding the train, develop strategies to guarantee migrants’ security and protection, and combat the criminals who prey on the refugees. But the main governmental effort has been to keep people from riding the trains, forcing refugees to make the journey by foot, an even more dangerous route.

While visiting Las Patronas in February 2015, I accompanied some of the women to the train tracks, where they waited to hand out food and water. The women scanned the train cars in anticipation when the train reached the crossing. But it passed without anyone handing out a thing. Norma Romero Vázquez, the group’s spokesperson, watched as the train continued on its way. “There is nobody,” she said, a hint of sadness in her voice. The women packed up their goods and walked back to their small compound, where they prepare food and care for the refugees who arrive on foot daily at the small shelter.

Now that they can no longer ride La Bestia, refugees and migrants walk for days through Mexico—through cities and towns and also mountains and jungles—to reach shelters that dot the route north. The women in Las Patronas are one of these stops along the route. Despite the fact they themselves live in poverty, they’ve devoted their lives to helping refugees and migrants reach safety.

Joseph Sorrentino is a freelance journalist and photographer. For more photographs of Las Patronas, go to sorrentinophotography.com.