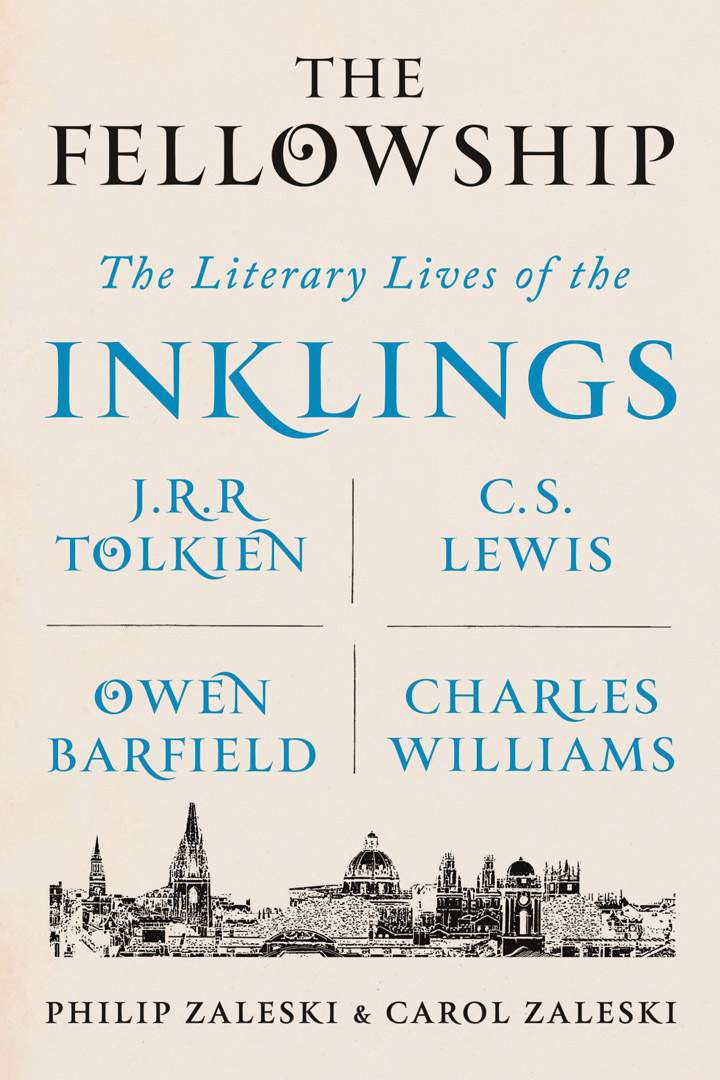 The Fellowship: The Literary Lives of the Inklings
By Philip Zaleski and Carol Zaleski (Farrar, Straus, Giroux, 2015)

The Inklings—who included J. R. R. Tolkien, C. S. Lewis, Owen Barfield, and Charles Williams, among others—was a literary discussion group that met in Oxford weekly for more than three decades. Originally merely a convivial gathering, they had high aspirations, as Philip and Carol Zaleski explain: “Their great hope was to restore Western culture to its religious roots, to unleash the powers of the imagination, to reenchant the world through Christian faith and pagan beauty.”

The Inklings could be chronicled from a variety of angles: as individuals, as a group, as literary artists, as academics, as religious believers, or as people influenced by their time and place. The Zaleskis attempt a literary feat fitted to the greatness of their subjects, following all of these varied paths. The result is a broad, engaging, multivalent work.

The authors combine biographical accounts of the major Inklings—the authors clearly sorted through a vast quantity of correspondence, journals, and biographies in their research—with basic and easy-to-follow narrative. The Zaleskis do not whitewash their heroes; Lewis’ entanglement with Mrs. Moore, Williams’ infatuation with young women, and C. S. Lewis’ older brother Warnie’s alcoholic crises are all included in this work, but are not brooded over. They consider psychological influences (such as the loss of Tolkien’s mother) and the impact of historical events (the tragic effect of two major wars) on the group’s members and balance those with each writer’s achievements of literary genius.

Ultimately, each of the Inklings is remarkable for their ideas: By combining biography with intellectual analysis, The Fellowship: The Literary Lives of the Inklings invites readers to ponder the nature of words, stories, religion, and life itself. In short, it is a story of loyal camaraderie, as real and touching as the great tales these authors created.