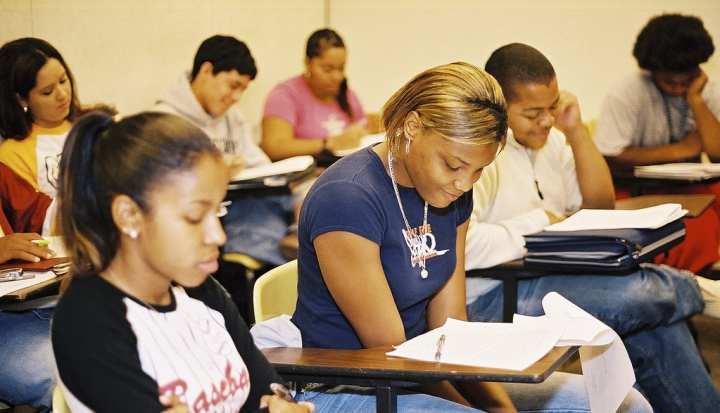 I am a professor at a Jesuit university, and when I face 260 young adults in a lecture hall, I now face something I never expected to encounter in a classroom: the belief that students should be protected from wrestling with challenging ideas.

Most of my students are intellectually curious young people who engage energetically with controversial issues. Still, over the past semesters I’ve noticed a small but growing number of students who resist any point of view that is not theirs—and my colleagues across the country have noticed it on their campuses, too. These students avoid not only other perspectives—they avoid encountering other perspectives. When a politically charged issue is raised, these students do not object to one opinion—they object to having the issue brought up in front of them at all. To them, controversy in the classroom is bad. Unfamiliar ideas are to be dodged and thoughtful critique shunned. Their thinking should never be jostled. Yet that jostling is the point of education.

I teach journalism and media studies. We explore the ethical decisions media producers face when telling stories and deciding which stories to tell. We question and explore how media portray race, gender, sexuality, and class, and how those representations shape our culture, attitudes, and ideas about ourselves and each other. We talk about what’s in the news and on television, who earns Academy Awards and who doesn’t, which books were banned and why, and how the printing press led to profound shifts in cultural power—and that’s just for starters.

I tell students (and write it into my syllabus) that our discussions may lead them to test, shift, or decide to keep their existing perceptions. That’s the lifelong work of an intelligent person living an examined existence. That’s what a fine, inquiring intellect is about. That’s the journey to maturity and true adulthood. And that’s not OK with some students.

A business major in his senior year came to my office hours to ask me why he had to be exposed to discussions about how advertising often objectifies women. “I just don’t see it,” he shrugged. “That’s not something I agree with, so I don’t want to hear about it.”

I pointed out that how advertising portrays women is actually a measured phenomenon. “It’s not really something you need to agree or disagree with,” I said. “These are research findings from many scholars over many years.”

Another day after class, a young man asked me why he had to hear about how media represent homosexuality. “I don’t think I should have to listen to that. I just don’t believe in it.”

“You don’t believe homosexuals exist?” I asked him.

“I guess they exist,” he said. “But I don’t want to think about them.”

This signals an alarming approach to the world: If I don’t like the truth, I’ll just pretend it’s the personal belief of some person I don’t like. That kind of thinking is not the path to working collaboratively with fellow employees, competently leading an organization, or achieving social justice in our time. It is, however, the kind of thinking that our current political climate supports: My side is utterly right, your side is utterly wrong, and there are only two sides.

If these students were in math class they couldn’t dismiss an algorithm as too challenging to learn. But if they don’t like research showing that violence in video games affects young children, they want to wish it away. I wish chocolate didn’t make me fat, but that doesn’t change the fact that it does. A wish is not a fact or an opinion. It is a mere wish, perhaps even a delusion. And heading into a competitive career marketplace (and out into life, for that matter) armed with only wishes and delusions is a bad plan.

Thinking critically means understanding the difference between fact, opinion, and bias. It means challenging assumptions, checking facts, asking perceptive questions, forming coherent, logical, and fact-based arguments, and presenting them clearly in discussion, in papers, and in life. Question everything, even your teachers, especially your teachers. And then search for facts, for research, for as much truth as you can find.

I tell students that I don’t want them to think like me; I want them to think for themselves. But I want them to truly think, not refuse to think while pretending ignorance is a defensible intellectual position. College broadens students’ horizons of experience and deepens their understanding of and compassion for other people, identities, and beliefs. I tell students that they should be encountering fresh information every day if they are keeping their ears, eyes, and mind open. If they aren’t shocked, startled, uncomfortable, and challenged twice a week in college, they’re doing it wrong.

Ignatian spirituality is rooted in lively intellectual inquiry. It is not the Ignatian way to infantilize students who are thoroughly capable of wrestling with thorny realities. But that doesn’t mean it’s easy for them. Students need to be brave.

And most of them are. They tackle intellectual challenges with impressive fearlessness and real enthusiasm.

My university’s culture is to encourage students to see the social and cultural structures surrounding them and to participate in making meaningful social change. Social change is not limited to volunteering at a soup kitchen; social change means shifting from apathy to empathy  and from ignorance to informed, critical thinking. It requires thoughtful consideration of real-world issues, not running away from them. The mission, vision, and values of Catholic colleges ought to reflect Catholic ideals, but blocking thinking before it starts is surely not ideal. Ignorance does not produce wisdom and compassion. Fear of dissent is the sign of a weak, underdeveloped philosophy—not a vibrant set of values and beliefs based on ethical standards.

The classroom is the natural environment to raise, air out, explore, examine, and challenge controversial issues. Learning how to do this is a valuable life skill. Critical thinkers are desirable employees, colleagues, bosses, and leaders. People who fear ideas are not effective leaders. People who avoid uncomfortable realities are not people who can make a difference, who can reshape reality to be more fair, more equitable, more just. The conversation is not the enemy. Exploring new ideas is not wrong. The only thing threatened by clear thinking is ignorance.

Young people who fear encountering controversial ideas aren’t bad students, but, like perhaps too many of their elders, they are overprotective of their assumptions. A media theory called Selective Exposure explains this as a human tendency to consume only texts that congratulate us on what we already think, rather than expose ourselves to new information that challenges what we believe.

Some choose a Catholic university with the idea that the curriculum will not engage with controversial issues and therefore will not make students feel uncomfortable. The highest calling of a Catholic university, however, isn’t to proliferate dogma but to produce compassionate, informed critical thinkers who can work for social justice in the world. So why is comfort a higher value than learning how to think and reason?

Many young people are trying to honor the beliefs of their parents and respect the traditions of their families—things that will surely survive a robust argument and things that are ultimately only enriched (if we are brave and listen to each other) by new experiences and knowledge. Life will teach them, even if I cannot.