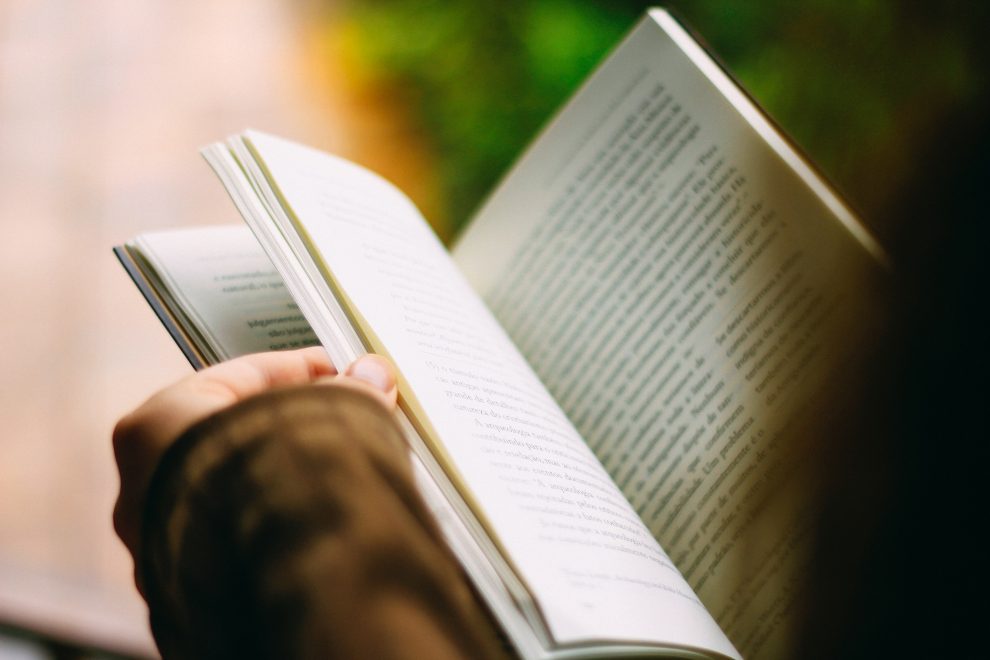 In 2012, exactly two weeks after Trayvon Martin was shot to death for being young and black and wearing a hoodie, I sat in a dark theater watching children as young as 13 years old kill each other in The Hunger Games. While the movie hit a little too close to home, that didn’t seem to be the case for the room packed with teenagers, who broke out in cheers every time another contestant fell by the wayside, leaving Katniss Everdeen and Peeta Mellark, the movie’s heroes, one step closer to victory.

Shortly thereafter, I brought up my experience to a room full of youth ministers. I asked them if they were having these conversations with their students about violence in pop culture. How did they help kids interpret a world that held both Trayvon Martin and The Hunger Games? Their responses ranged from, “What’s The Hunger Games?” to “I didn’t realize that was so violent. I’m not going to let my kids see/read that!” No one had the answer to my question, which was how to respond to these hard questions in a way that makes sense to young adults.

No one can deny that most of the popular literature for young adults portrays a dark world—darker, perhaps, than the world in which we want our children to believe.

I remember reading The Outsiders in middle school and sobbing when Johnny said goodbye to Ponyboy in the hospital, as he lay dying from a broken back and third-degree burns. But the book also taught me about class conflict, family, and friendship. It taught me that growing up is hard, but it’s something we all have to do, in one way or another. After all, as the poem by Robert Frost attests, “nothing gold can stay.”

Today’s teenagers are reading The Hunger Games, The Absolutely True Diary of a Part-Time Indian, Divergent . . . the list goes on and on. And it’s understandable parents’ and educators’ first reactions are often to protect children from difficult issues. We don’t always want kids reading about sexual violence, racism, drug abuse, and murder, much less facing these problems in real life.

In April 2015, the American Library Association released a list of the most frequently challenged books in the country. These are books that parents, teachers, and government bodies most often protested against including in library collections, mostly school libraries, although public and academic libraries are no strangers to criticism either. Eight out of the 10 are books aimed at children and young adults. The reasons given included the portrayal of violence, sexism, drug and alcohol abuse, language, suicide, and homosexuality. But is taking these books out of the libraries really protecting children and young adults?

Teenagers today live in a world where they have to face these issues. They live in a world where 17-year-old Trayvon Martin can be shot on his way home from the convenience store. According to a 2012 report by the Centers for Disease Control and Prevention, an average of 13 young adults between the ages of 10 and 24 are killed every day.

Another study, this one conducted by the United States Department of Justice in 2014, found that 1 out of every 9 girls under age 18 is sexually abused by an adult. Pretending these issues don’t exist in literature will neither solve these problems in real life nor give kids the resources they need to survive.

When done well, literature provides a lens through which to interpret the world around us. Young adult literature is no different; it allows teenagers a way to make sense of the world in which they live. Teenagers don’t have to suffer horrific abuse to feel alone in the world; this is a fact of teenage existence in many ways, and books give them a way out and a hope for the future.

In an essay titled “Why the Best Kids Books Are Written in Blood,” Sherman Alexie (the author of The Absolutely True Diary of a Part-Time Indian) writes, “I read books about monsters and monstrous things, often written with monstrous language, because they taught me how to battle the real monsters in my life.” Books give young adults the resources and language to talk about their own experiences.

I can hear the cries of outrage already. “As parents, it’s our job to protect our children!” Parents don’t want to tell their children that the world is as horrific as the one they read about in these books; they instead want their kids to learn that the world also has hope and love and beauty in it.

Young adult books should not be mired in violence, pain, and horror, lest young adults think that this is what the world is actually like. Or, as Meghan Cox Gurdon, the children’s book reviewer for The Wall Street Journal puts it, the role of literature should not be to “simply validate every spasm of the teen experience.” Yes, Gurdon says, teenagers are forced to deal with issues like sexuality, injustice, and violence. But that doesn’t mean we need to focus on them in our literature. Doing so normalizes these parts of the teen experience, instead of teaching teens there is a different, safer way of life ahead.

It’s a tempting idea. But you learn all too soon that even the most well-meaning parent can’t protect their children from everything. Nor should we want to. And frankly, I would rather my child be devastated by the reality, inevitability, and ugliness of death in a book like Where the Red Fern Grows than when she watches her own dog get hit by a car.

We don’t want to inundate our children with images of violence and injustice. Gurdon is right; we don’t want to glorify these images, normalize them, or teach teenagers that this is all the world has to offer. But at the same time, we as people of faith don’t have the luxury of turning away from the darkness altogether.

We can’t pretend that these issues don’t exist. We can’t ignore the fact that children and young adults are really suffering. Yes, The Hunger Games is appalling in its violence and its depiction of class-based warfare where the victims are those most unable to defend themselves. But we live in a world where this speaks to the real experiences of children all over the country and the world.

Catholic social teaching reminds us that we cannot turn our back on the poor and suffering. As the Catechism of the Catholic Church states, “We must recognize Christ in the poorest, his brethren.” We can’t turn away from those who need help the most or purge our lives of all mention of them. To do so would be to go against the teachings of our faith. Instead of protecting our children at all costs, we need to equip them with the tools and understanding they need to work for justice. Yes, these conversations can be hard, but they are worth having.

We take for granted that books are learning tools for younger children. For instance, books like The Lorax, The Story of Ferdinand, and The Paper Bag Princess allow parents and children to have conversations about issues that matter, whether it is recycling, pacifism, or the fact that princesses don’t always have to wear pink poofy dresses. But these conversations shouldn’t stop when our kids learn to read chapter books.

The Hunger Games is a great entry point to talk about classism, social activism, and power. The Absolutely True Diary of a Part-Time Indian can teach kids how to deal with alcoholism, sexual abuse, racism, and poverty. Handled well, these books—and others—can give young adults a framework through which to interpret the world around them.

The best books are those that pick us up, grab us, and don’t let us go until the final page. They are books that remain in our imaginations long after the last page is turned. And often, these are books with characters or situations with which we identify.

The same is true for young adult literature; teenagers aren’t going to pick up a book unless they feel there is something in the book that is connected to their real lives. If we want kids to become readers, we need to have the courage to give them books where the characters live through the same issues they see every day in the world around them. At best, they have a framework to make sense of the world’s injustices going forward. At worst, it tells them that they aren’t alone.

1. A lot of today’s young adult literature is not appropriate for teenagers.

2. Parents should be aware (but not necessarily censor) their teen’s reading material.

3. Reading about topics like sexual violence, murder, and alcoholism is inappropriate for a teen.

4. Portraying a world of violence in young adult literature normalizes that violence.

5. Diverse literature is necessary in order to teach our children about social issues.

6. The role of young adult literature should not be to “simply validate every spasm of the teen experience.”

7. When we censor teen literature, we prevent our children from understanding the world.

8. This literature gives teens a framework through which to interpret the world.