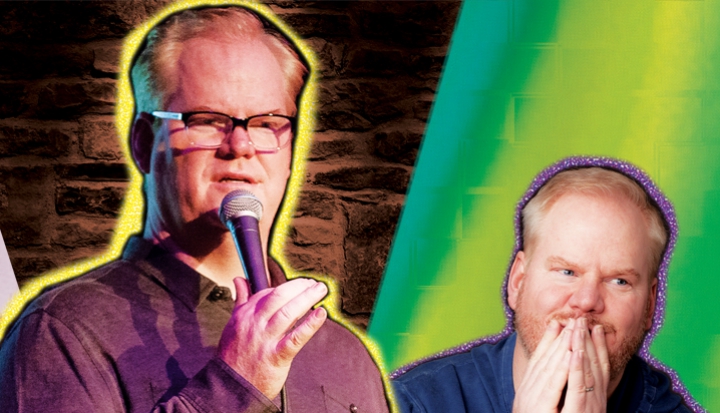 A couple of years ago, Washington Post religion writer Michelle Boorstein wondered, “Is Jim Gaffigan technically employed by the Roman Catholic Church?” Her suspicion was aroused because she found that the stand-up comedian, who became famous for his routine about the frozen food Hot Pockets “effortlessly” embodied the new evangelization that the church has been seeking.
“Effortlessly” was probably the wrong word for a guy with five kids under the age of 11. But audiences of Gaffigan’s autobiographical sitcom, The Jim Gaffigan Show, which began running on TV Land in August, get Boorstein’s point. Like the real Jim and Jeannie Gaffigan, the TV characters with the same names live, with their five kids, in a two-bedroom apartment in the Bowery section of lower Manhattan. Jeannie Gaffigan doesn’t play herself on the show, but she works alongside her husband as cowriter and coproducer.
The Gaffigans are a family rooted in their Catholic faith. They attend the neighborhood parish. On the show, the pastor, an African immigrant (one of the many surprising little touches of realism), is a family friend. But this devout Catholic family happens to include a dad who, like the real Jim Gaffigan, works the comedy clubs, appears on The Tonight Show, and pals around with Chris Rock. Jim’s best friend and constant sidekick, a fellow comedian played by Adam Goldberg, is a nonbelieving Jew and a compulsive womanizer. Jeannie’s best friend, at least as seen on the show, is her gay ex-boyfriend.
The viewer gets the impression the TV Gaffigans are too busy living out their faith to have a lot of judgmental opinions about other people’s behavior. No wonder the real-life Gaffigans were invited to Pope Francis’ United States visit this September.
Jim Gaffigan has been around for the past 15 years or so as a comedian with four hour-long Comedy Central specials (the most recent is Obsession, 2014) and is also the author of two books, Dad Is Fat (Crown) and Food: A Love Story (Crown) that are mostly compendiums of his stand-up bits.
Gaffigan’s stage routine consists mostly of jokes about his love of food. But on Obsession, talk of food leads easily to talk of cancer, which leads to talk of a God who hears the prayers of the terminally stricken and says, “Sure I remember you when you were in college and so sure I didn’t exist. Now look at you.” In another bit, Gaffigan muses, “Was Jesus a good carpenter?” Then he has a character say, “He built a shed for my brother-in-law once, and let me tell you, I hope this Messiah thing works out for him.”
The genius of Gaffigan’s stand-up routine is his use of the “inner voice,” a high-pitched, ghostly whisper that threads through the act as a sort of Greek chorus, sometimes giving voice to what Gaffigan expects to be the audience’s reactions—“Ooooh, he’s going to hell”—and sometimes to the comedian’s own subconscious. As Gaffigan pantomimes reaching for a donut, the inner voice says, “You know you’re just eating your feelings.” And the comic mimes munching the donut and says, in his own voice, “But my feelings are delicious.”
Through the years, Gaffigan has regularly acted on other people’s comedy shows, but NBC and CBS turned down The Jim Gaffigan Show before it found a home on cable. Among other things, the broadcast networks were nervous about the show’s explicit depiction of Catholic Christianity. Historically, TV has preferred to either avoid religion entirely or keep it bland, anonymous, and inoffensive, like the faux Catholicism of the 1960s Flying Nun.
But the Gaffigans’ Catholicism is front and center. Perhaps the most impressive thing about the couple, on TV and in real life, is their frank adherence to the church’s controversial teaching against artificial birth control. As Gaffigan has joked, “I’m Catholic; Jeannie’s Shiite Catholic. There’s no goalie.”
For 50 years now, Humanae Vitae has been the object of ridicule from some liberal Catholics while being wielded as a dissident-hammering club by many conservatives. But we had to wait for a stand-up comedian to rise above the culture war and humanely express the rationale for the church’s teaching. In that august theological tome, Dad Is Fat, Gaffigan wrote: “I guess the reasons against having more children always seem uninspiring and superficial. What exactly am I missing out on? Money? A few more hours of sleep? . . . I believe each of my five children has made me a better man. So I figure I only need another 34 kids to be a pretty decent guy. Each one of them has been a pump of light into my shriveled black heart.”
Among other things, Gaffigan’s success gives the lie to the “persecuted Christians” narrative now hawked so relentlessly by the American right. Gaffigan operates as an artist in mainstream American popular culture and speaks up for Catholic values, including one of the most unpopular ones. And the sky has not fallen. No one is boycotting him. No one has tried to run him out of his profession.
It’s not surprising Jim and Jeannie Gaffigan are products of Jesuit universities—Georgetown for Jim and Marquette for Jeannie. Their work is a textbook example of the Jesuit charism for embodying the gospel’s values in the culture of our everyday world.
As Jeannie Gaffigan told Religion News Service, “This is not a Christian show, preaching to the choir. We just wanted to do something that would be funny for everyone and show our reality. [The characters] Jim and Jeannie go to church. They live their lives as Catholic, churchgoing people. They are not preaching to anybody, they just live by example. And they struggle.”
This article appeared in the November 2015 issue of U.S. Catholic (Vol. 80, No. 11, page 38–39).
Image: ©Angela Cox
TagsCulture in Context Pop culture TV and film

A Catholic case for gun control