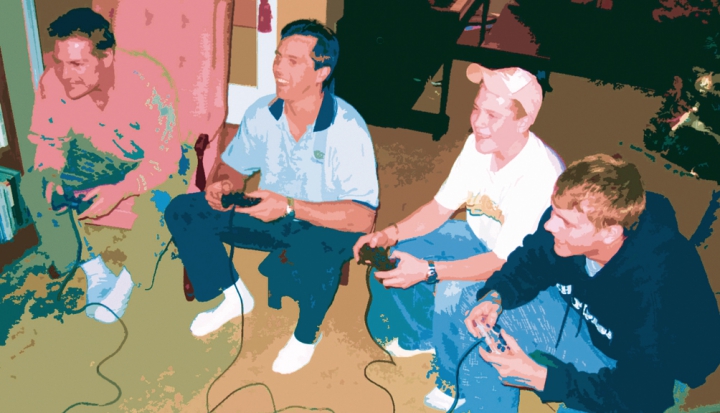 Video games have expanded to include subjects like cancer and depression. Has the gaming industry grown a conscience?

To put it mildly, 2014 was a roller-coaster year for video games. Amid record sales, criticism of the industry seemed to reach a fever pitch, with much of it directed at gaming culture. A series of widely reported incidents last year put a spotlight on gaming’s problem with misogyny. In a controversy known as GamerGate, several female writers and game developers were sexually harassed and threatened with rape. Some received death threats for daring to criticize sexist depictions of women in games.

Gaming violence also came under renewed scrutiny. Grand Theft Auto 5, one of the year’s bestselling titles, allows players to kill prostitutes and torture characters, which sparked fierce debate on whether game makers have a moral responsibility to their audience.

The usual criticisms of gamers—too juvenile, too male, too misanthropic—don’t seem that far off the mark. And taking into account the familiar concerns about the negative effects of games on social behavior, it’s easy to dismiss them entirely.

But despite these very real problems, some hopeful signs may force you to rethink what you know about video games. According to a recent survey by the Entertainment Software Association, gamers now skew older than ever, with 71 percent older than 18. The group also found that twice as many adult females play games as do boys age 18 or younger. And according to Newzoo, while more women than men play games like Candy Crush and Just Dance, almost 30 percent of Call of Duty gamers are women.

Furthermore, plenty of data suggests games can actually be beneficial—for instance, their positive effects on problem-solving and dexterity. And against the stereotype of gamers as basement shut-ins, many gamers forge unquestionably powerful relationships in online gaming communities.

It may also surprise you to know that people of faith have been increasingly vocal about the redeeming value of gaming. The blossoming of a number of websites like GameChurch.com and ChristCenteredGamer.com points to a growing sentiment among Christians that it’s possible to be thoughtful about faith and enjoy games.

In his intriguing book Of Games and God (Brazos), Trinity Western University communication professor Kevin Schut examines the promises and pitfalls of gaming from a Christian perspective. He argues that not only are games capable of moral seriousness but the medium is ripe for important conversations about spiritual themes.

So while some games unquestionably depict acts of evil, are they celebrating it for its own sake, or are they illustrating a fallen world in which these things occur? The latter, he says, may actually have resonances with the biblical narrative of creation, the fall, and redemption.

Schut helpfully shows that instead of issuing blanket condemnations of games or uncritically accepting them, they should be engaged like other creative forms, including music and literature. Roger Ebert famously said that games aren’t art, and “that a game can aspire to artistic importance as a visual experience.” “But for most gamers,” he said, “video games represent a loss of those precious hours we have available to make ourselves more cultured, civilized, and empathetic.” Such views might now be in the minority.

With the growing capacity of games to offer unmatched immersive experiences, and when the budgets for blockbuster games routinely surpass those of major films, it’s hard to be agnostic about whether games matter. They are simply too culturally significant to ignore.

As the industry comes of age, games are also growing a conscience. One of the more intriguing trends is a turn toward games that deal in empathy. One of the best last year was Gone Home, a first-person adventure game in which the player comes home to an empty house to piece together her family’s story. The game’s female lead, imaginative storytelling, and explorations of identity—without a hint of gratuitous violence or sex—add up to an unusual and absorbing game play experience.

Other game makers use video games to explore humanity. The result can be sobering, as with Depression Quest, an adventure game about struggling with depression. This growing category of narrative driven games allows you to imagine the world through the eyes of an HIV patient (I’m Positive), a victim of abuse (Curtain), or the parent of a dying child (That Dragon, Cancer).

Another such title is This War of Mine, a game in which, rather than playing as a soldier, the gamer plays a civilian caught in the crossfire of war. The game’s unflinching look at human suffering from the perspective of a refugee is an alternative to games accused of glamorizing violence while obscuring the real costs of war, such as the Call of Duty franchise.

As both games and those who play them keep branching out, the definition of gaming will continue to change. It’s true that gaming’s qualities have an underside. The same technology that creates experiences of empathy can also offer escape from reality in harmful ways.

But those dangers alone shouldn’t discourage people from giving games a chance any more than we should shun television because it traffics in adult themes—not when there’s so much to celebrate and still so much room for improvement.

And with the advent of more thoughtful conversations about what it is that we do when we play games, maybe the day isn’t far off when old stereotypes about gaming are eclipsed by a new reputation—that games are not only fun, but also humane.