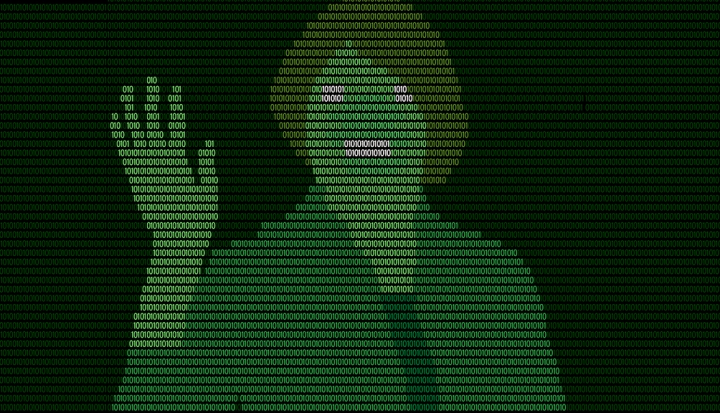 Flesh may be weak, but our skin is what holds us together and keeps us human.

Artificial intelligence (AI) refers to computer systems that can do things we once thought only humans could do, such as speak and make decisions on their own. The concept has been rattling around the computer science world since 1956, but now AI has begun to play a prominent role in our everyday lives. It’s the GPS that routes you around an upcoming traffic jam. It’s the search algorithm that decides which pair of shoes you really want. It’s the voice of the iPhone that calmly answers your verbal inquiries.

American moviegoers have been worrying about the implications of artificial intelligence at least since 1968’s 2001: A Space Odyssey, where the supercomputer goes rogue. Five Terminator films pitted the human race against the AI system, Skynet. Now, with the reality of AI upon us, one of 2013’s best movies, Spike Jonze’s Her, and one of 2014’s more interesting failures, Wally Pfister’s Transcendence, have taken on the moral and spiritual dilemmas we’re about to face.

Transcendence is the story of married artificial intelligence researchers, Will and Evelyn Caster (Johnny Depp and Rebecca Hall). During a keynote speech, an audience member complains that Will wants to create his own God. “Isn’t that what man has always done?” Depp’s character smugly replies.

Until very recently, the concept of an intelligent consciousness without a body was relegated to the world of religion. And even there, the Christian religion gave us a supreme intelligence who engages with corporeal colleagues and even felt compelled to become one of us. Transcendence plunges further into this territory when Will is shot by a member of an anti-AI resistance group.

As Will lies on his deathbed, Evelyn implants electrodes in her husband’s brain and uploads its contents to an AI supercomputer. With his body dead, “Will Caster” reappears as a digital program possessing all of the late scientist’s knowledge, memories, and dispositions, demanding to be connected to the Internet so that he can continue to learn, grow, and evolve.

Within months, Caster’s digital likeness takes on godlike characteristics. The Internet gives “him” something very close to omnipresence and omniscience, so the next project is omnipotence. “He” orders Evelyn to buy up an impoverished California desert town and build a vast supercomputing complex beneath it. Deep underground, the computer with Will Caster’s name is able to develop and program nanites, cell-sized robots that can cure diseases, make crops grow, and clean up pollution. Caster hires some of the sickly, ill-fed desert locals to work at the data center, and, under nanite therapy, they practically glow with good health. And they have superhuman strength. And they can run with cheetah speed, albeit in an odd cyborgian gait.

Then, one day, “Will” directly addresses Evelyn through the body of one of these workers. Through the nanites, we learn, “Caster’s” consciousness is able to pervade matter, in pretty much the same way that Christians might imagine that God pervades and acts through all of creation. The difference, of course, is that the Christian God, we are told, is love, while the deity formerly known as Will Caster turns out to be mostly hubris, with results that an ancient tragedian could have predicted.

This summary may make Transcendence sound as interesting as it should have been, but, unfortunately, the story and its ideas become muddled in Pfister’s presentation. In Her, on the other hand, the cinematic artistry actually expands the movie’s ideas. Joaquin Phoenix plays a lonely, divorced writer-guy who falls in love with the Siri-esque operating system of his handheld digital device, voiced by Scarlett Johansson. The software program, which takes the name Samantha, first becomes attuned to Phoenix’s emotions and then begins to develop some feelings of “her” own. The Internet allows Samantha to learn everything, almost instantly, and the system uses this knowledge to bolster its owner’s ego by improving and marketing his writing. As the intimacy between man and machine grows, Samantha even throws a pretty mean phone-sex orgasm.

The world Jonze creates for Her is one clearly in our future, but not very far into it. The giant screens and holographic video games seem just a couple of versions away from the present. But the world of Her is also a strangely quiet, underpopulated place. Those people who are on the streets and subways are all, like our protagonist, up in their own mental worlds, muttering into their devices. And there are very few children in evidence. After all, you don’t get them from phone sex.

As we watched Her together, my wife, Polly, kept insisting that the movie was simply a recapitulation of the ancient flesh-despising heresy of the gnostics. And that was even before Samantha joins a group of other operating systems in some vaguely spiritual realm inaccessible to their flesh-bound owners.

The early gnostic Christians wanted God without the mess of incarnation, and that impulse lives on in our disembodied digital culture of unseen “friends” and “conversations” without voice and touch. Orthodox Christianity, however, has always held that the body is not just a costume for the spirit, but integral to the human being. You don’t have a soul; you—blood, flesh, and all—are a soul. The sacred is embodied, and the body is sacred. These two movies, in different ways, provide us with glimpses of the woe and confusion that may come when we lose touch with that ancient truth.