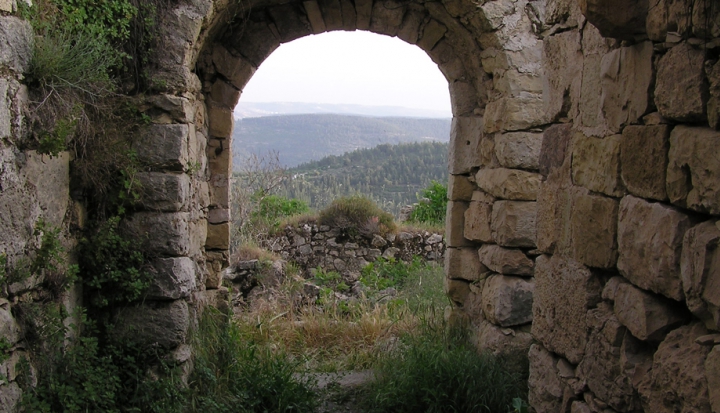 There are a few things in life that one should express gratitude to God for. Of course, the obvious ones are the usual: family, health, friends, inviting and openly welcoming church community, new ideas and old ones.

How often do we thank God for the gift of a new idea—one that makes us uncomfortable at times? Not often enough for me. Almost 15 years ago my new idea began as a result of meeting a young Arab Christian. He is one of The Living Stones; Arab Christians who are born, get married, raise kids, die, and find life worth living in a hot, water deprived place for more than 2,000 years.

“Why would anybody want to live here?” my lazy, spoiled Western mind asked. And since God is an all-knowing God, I got a reply to my question almost immediately. I received a request to be a spiritual advisor to a struggling young Arab Christian who I had met during a tour of the Holy Land. As the saying goes, the rest is life changing history.

Working as a mental health professional at the time and freelancing part-time as a journalist, I felt prepared to be of some minor assistance. Listening was critical, providing input was minimal, feeling as if I was making progress with him in hopes of a priestly vocation proved zero.

In subsequent visits over the years with this young man and his family, now married with three children of his own, I have been thanked over and over for all of my help—a help, I truly felt, that was unworthy of so much gratitude. All I ever did was listen. How much help could that really be?

Meditating on my upcoming 15-year anniversary of relationship with this Arab Christian family, I realize it is not just “listening” as I think of listening that was so crucial. There was a deep communion between us, a shared communion. They are now my family, existing on the other side of the world, but still a vital part of my communion of saints.

The Arab Christians are no different than any other minority people who live on the fringes of their varied societies, except for one thing. They are the keepers of the light of Christ; a deep mystery of hope that goes beyond the edges and Western frames of all our ideas. They have taught me what real hope is. What real witness is. What real solidarity is.

They are the placeholders of Christian history; a continuous, relentless, witness to hope. They mirror Christ’s hope to their Muslim and Jewish brothers and sisters throughout a region where there is nothing but lack: no jobs, no water, no freedom. This is why it is so devastating to be expelled, cast out, and killed. They know they are needed there. As one person told me, “We are the meat in the sandwich. Without us, it’s only bread.”

For them this moment is not totally of their own despair. It is about being heard, recognized, and valued as special participants in the worldwide Body of Christ.

It is the Arab Christians who witness for us in the places where Jesus rose and left relatives filled with a hope against all odds during a Roman occupation. This is what Stones do. This is what diehards do. This is what saints do. They survive, retreat to safe havens, return when the coast is clear, and rebuild lives, families, churches, schools, hospitals, orphanages, and clinics.

However, this is their moment of despair—that life is going into the gates of hell before them. What is our call at the end of the day? To be their witness in the West. To join in a locked solidarity to them, with them, and for them as they flee bombed homes and churches.

Don’t slide into a malaise with phrases like, “It’s always going to be like this,” or “there’s never going to be a solution.” Or worse—hitting the Facebook ‘Like’ button on a picture and think you’ve done something significant. You haven’t.

Instead, are we ready to reach into the depths of what it means to be a true witness and in true solidarity with them? Are we ready to mirror a face of hope back to them with resources, also known as money, time, and talent? Or will we in the West become distracted by yet one more day of our politicians’ pop cultural lives? Will we move on to the next big thing?

The People of Hope are in despair. It is now our turn to be their people of hope.