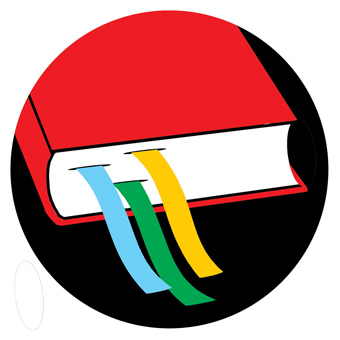 Fifty years after the opening of the Second Vatican Council, the church faces new challenges. In this final installment of a three-part series, Father Anthony Ruff says the best way to defend the church’s liturgical renewal is to celebrate the reformed liturgy as well as possible.

Now is not an easy time to move forward with the liturgical renewal inspired by the Second Vatican Council. It may not seem like it at the parish level—unless, perhaps, your priest is recently ordained and pushing for Mass in Latin—but at official levels, mostly behind the scenes, the direction of Catholic liturgy since Vatican II is being called into question. Pope Benedict XVI and his coworkers in the Roman curia are steadily chipping away at guiding assumptions and familiar habits in postconciliar Catholic liturgy.

It wasn’t supposed to turn out this way. Nearly 50 years ago the liturgy constitution of the Second Vatican Council called for a revision and simplification of the liturgy to enable active participation of the people. A massive liturgical reform, unprecedented in all of church history, was carried out under Italian Archbishop Annibale Bugnini, with input from numerous liturgical experts and approval of the world’s bishops. The “new liturgy” was accepted and welcomed by the vast majority of the clergy and faithful.

Initially the resistance to the reform was small and ineffective. The “liturgical establishment”—authors, publishers, editors of new journals, professors in newly created liturgy positions, members of commissions and committees at the national, diocesan, and local level—was confident that the holdouts and die-hards would pass away with time.

But the resistance didn’t pass away. It always had the ear of at least a few people in the Roman curia. There were increasingly more sympathetic ears with the conservative appointments made by Pope John Paul II. Especially important among these was Joseph Ratzinger, now Pope Benedict XVI.

The cardinal had argued that liturgy is by nature something inherited from forebears in the faith, not something invented by scholars and bureaucrats. In this way of thinking, “new liturgy” is an oxymoron. Liturgy evolves across time, developing slowly and organically. A church or community that plans its own liturgy ends up celebrating itself rather than God.

As pope, Benedict XVI has stated that there can be reform in the life of the church, but always in continuity with the past, not as a rupture. The pope implicitly alleges a misinterpretation of the council, a liberal hijacking that misheeded what the council really said about, for example, Latin and Gregorian chant. Clergy and liturgical planners are accused of desacralizing the liturgy through rubrical violations and silly creativity. The pope seems to believe that Bugnini and his team went beyond the council’s remit in constructing a new liturgy.

Pope Benedict has been counteracting the impression of postconciliar rupture by celebrating the reformed liturgy more traditionally—with older vestments, more Latin, communion on the tongue, and the like.

The most significant way Benedict has pulled the rug out from under postconciliar liturgical renewal has been his unrestricted readmission in 2007 of the preconciliar Latin liturgy. Though the old liturgy is favored by few priests and laypeople, the fact that it enjoys official approval for unrestricted use cannot help but move the goalposts for everyone.

The great irony is that the pope of continuity has introduced an unprecedented rupture: Now two forms of Mass from two different eras, one reformed and one unreformed, are simultaneously approved for use. The pope who assails misinterpretation and misimplementation of Vatican II has allowed a form of Mass that the council clearly intended would not remain in use unreformed.

What does all this mean for the future? What is the way forward for those who support the post-Vatican II liturgical renewal and are dismayed by questioning of that renewal at the highest levels of the church?

First of all, we should trust that the church is moving forward, not backward. Pope Benedict certainly doesn’t want to return to the 1950s, even if that were possible. Rather, his destabilizing of the postconciliar liturgy is for the purpose of some new synthesis in the distant future. We can put aside unfounded fears that the council will be undone. Rather it will be reinterpreted in ways yet unknown.

Second, we can examine our consciences about liturgical practice. Is there anything in our way of celebrating that is too casual and unserious, or disrespectful of guidelines that are there for good reason, or lacking in beauty and dignity? Can we find new ways to implement seemingly restrictive rules so as to make our liturgy more prayerful and holy?

Third, we can make our views known to our pastors and bishops. The governance structure in our church, of course, is a top-down absolute monarchy, which can make us feel voiceless and without influence. But there are deep bonds uniting leadership and the faithful, and the Spirit moves through the entire church in sometimes unexpected ways. We all must be open to the Spirit, give voice to what the Spirit is saying, and trust that the hierarchy will be responsive in good time.

Fourth, we can recommit ourselves to the day-in, day-out work of implementing the principles of liturgical renewal that are still very much in effect: active participation, competent exercise of liturgical ministries, daily spirituality formed by the spirit of the liturgy, connecting liturgy to social justice.

At a time when Vatican II is being questioned and re-interpreted and rolled back on all sides, the best way to defend the postconciliar liturgical legacy is to celebrate the reformed liturgy as well as possible. We’ve been working for at least a half century at liturgical renewal. Stay the course, I say.

Father Anthony Ruff, O.S.B. teaches liturgy and liturgical music at St. John's University School of Theology-Seminary in Collegeville, Minnesota. He blogs at Pray Tell and served on the International Comission on English in the Liturgy until he was removed for publicly criticizing the new missal translation.