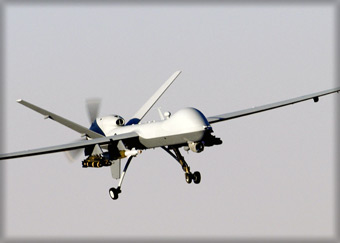 Fifty years after the game-changing Second Vatican Council a new generation helps the church respond to today’s signs of the times. Father Kenneth Himes, O.F.M. considers terrorism and responses to it.

Violence has been a recurring scourge throughout the history of humankind. It is especially tragic and criminal when directed against the innocent. Terrorism is the use of violence for political purposes in a premeditated and deliberate attack upon innocent people. Therefore we join our voices with all men and women who defend human dignity to proclaim that terrorist violence is a crime against humanity and the will of God; it can never be justified.

There is widespread agreement that there is almost always a strategy behind terrorism. It is neither a random nor spontaneous resort to violence but a targeted assault on innocent human beings. Variations appear in the history of terrorist campaigns due to different goals or motives, but the common denominator is the tactic of morally illegitimate violence.

The Catholic moral tradition has wrestled with the issue of violence for a very long time, and across the centuries different believers have taken different approaches. Some eschewed violence in just about all its forms, while others accepted its use in an array of circumstances. Yet over time some ideas took root and some norms became settled as foundational touchstones.

A central norm that emerged from the gathered wisdom of Catholic teaching on the taking of life is that a deliberate, premeditated attack on an innocent person is murder. Therefore, one might imagine that terrorism would be widely opposed.

However, because terrorism is violence dressed in political ideology, religious belief, or ethnic or tribal loyalty, it can have its supporters.

When the Irish Republican Army set off bombs in shopping areas of England and Northern Ireland, there were Catholics of Irish descent who grimaced but did not speak out in opposition or cease to provide financial support to the organization.

When Palestinians with legitimate complaints against Israeli policies eventually became suicide bombers who attacked shopping districts and crowded commuter buses, the outcry of condemnation coming from non-Jews was often muted.

Terrorism is a crime against humanity, and no Christian ought to be an apologist for, or even reluctant sympathizer with, terrorist violence.

Another fundamental norm that developed in the Catholic moral tradition is that people can defend themselves against violent aggression. In so doing, however, there are restraints placed upon the response that should be observed. A particular challenge when dealing with terrorists is that their actions elicit, indeed are intended to elicit, extreme reactions.

To love one’s enemy, as Jesus did, calls upon us to recognize the humanity of those who confront us. The hatred of others toward us cannot excuse nor incite our hatred toward them. As is widely known, St. Augustine justified some use of violence, but he did not want to ignore the gospel exhortation to love one’s enemies. One point Augustine stressed was the need for proper intent when using violent force.

When responding to terrorism, right intent aims to stop aggression against innocent people, not seek revenge. Deterring an aggressor is especially important when it is done as a means of loving one’s neighbor, a third party who will suffer from unjust violence.

Yet if we must take up arms, we should do so not in a spirit of hatred, for even justifiable violence is a mournful exercise. Armed force may be necessary, but it is always a tragic necessity and must be used with the moral restraints that demonstrate the aim is to protect the innocent.

Furthermore, if right intent suggests it is not retaliation but prevention of future attacks that matters, then we must think less in terms of prompt reprisal and more in terms of security for the long haul. That suggests we should be interested not only in deterring terrorists but transforming them.

While a vigilant armed defense can provide a measure of security, an even greater degree of security is achieved when potential terrorists are led to disavow terrorist tactics.

Fanaticism, religious or secular, grows when moderate reform is not available, and in many of the places where terrorism arises there is little hope for steady progress in social change that will improve human lives. Terrorism is an expression of desperation when other avenues for bringing about reform are seen as unrealistic.

If Christians can join with others of good will to promote governments that respond to the needs of their people, then an opening is created whereby hopeful strategies replace violent alternatives. So while not ignoring immediate dangers, we must encourage long-term political and economic strategies that make peaceful social change possible, thereby undercutting the appeal of terrorism.

Kenneth R. Himes, O.F.M. teaches in the theology department at Boston College. He is a past president of the Catholic Theological Society of America and the editor of Modern Catholic Social Teaching (Georgetown University Press).