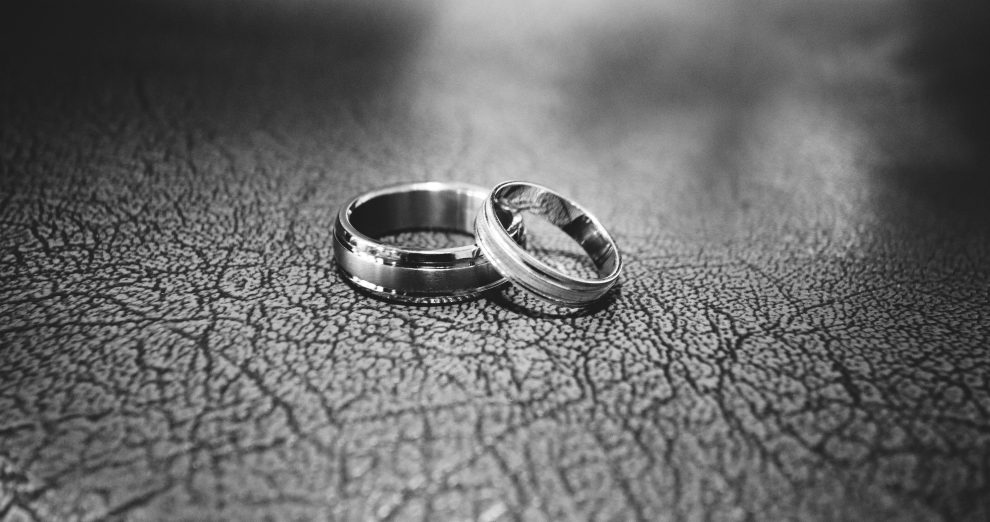 When couples plan to tie the knot, the entire parish community should be included on the guest list.

Several years ago, while attending our usual Saturday evening Mass together, my then-girlfriend Kathleen and I heard an interesting anecdote during the homily. Our pastor, Father Joe, recounted the story of a recent wedding Mass he’d celebrated in which the couple chose to use that week’s regular Sunday Mass readings. Not only were the readings a good fit for a wedding, Father Joe told us, but by using them at a Saturday evening liturgy the couple had also helped their guests fulfill their Sunday Mass obligation.

In his usual extemporaneous style, Father Joe followed the train of thought a step further. “In fact, you could just have your wedding at the regular Sunday Mass,” he said. “Not only would that fulfill everyone’s Mass obligation, but the regular parishioners would serve as built-in guests, so it would seem like you have a lot more friends.”

We chuckled at the joke, but at the same time the two of us exchanged a look that said, “You know, that’s not such a bad idea.” And sure enough, when we decided to take the leap into marriage a couple of years later, we hardly spent any time discussing the question of when and where. We both agreed, with Father Joe’s enthusiastic encouragement, to have our wedding at the Saturday evening vigil Mass that we attended together every week, exchanging our vows among family, friends, and fellow parishioners.

These days, weddings have become highly personalized affairs, with every last detail designed to reflect the interests and personalities of the bride and groom. Reality TV shows like Bridezillas and My Fair Wedding have shown just how far some crazed couples will go to have the “perfect wedding,” and society still clings to the notion that your wedding day should be all about you. Couples are encouraged to pick the ideal location, attire, music, and just about any other detail that they can customize.

As weddings have become more about the individuals involved, they’ve also become more detached from the community. The bride and groom may agonize over which distant relatives or old friends they should add to the guest list, but little consideration is ever given to the people with whom they share the pews every Sunday.

Some couples take things a step further, planning “destination weddings” that leave their local church and the community behind in favor of a more scenic vacation spot. Not only do these weddings take place well outside the consciousness of the parish, they can even leave out family and friends who can’t afford to make the trip, all for the sake of the couple getting to have their own ideal wedding. But is a wedding that excludes others for the sake of the couple really ideal?

Even for Catholic couples who celebrate their wedding in the context of a Mass, the liturgy often seems low on the priority list. For some, it feels as if the Mass is merely a formality before the big reception. As long as the decorations are all in the right places and the photos look perfect, nothing else really seems to matter.

As active parishioners, my wife and I believed strongly that our wedding shouldn’t be a closed-door private affair but a gathering open to the entire parish. And even more so, we wanted it to be as much a communal celebration of the Eucharist as parishioners would find on any other Sunday, not an event designed to shine a spotlight on us. Our goal was to have a wedding as a part of the Mass, not a Mass that happened to take place at a wedding.

Keeping the Mass almost entirely unchanged made planning a breeze. The readings, of course, would be those that were already scheduled for that Sunday, and we decided to serve as the readers ourselves. We called upon a mix of fellow parishioners and family members to fill other roles, such as ushers, gift bearers, and extraordinary ministers of communion.

When Ed, our parish music director, approached us to ask what songs we’d like him to play, we simply requested he stick with what was already on the schedule for that weekend. A few weeks later he asked again, this time bringing a concern of his to our attention. “But the offertory hymn is ‘The Cry of the Poor.’ You must at least want to change that one,” he insisted.

“No, it’s fine,” I assured him. Our parish regularly took collections for the poor and helped those less fortunate in the surrounding neighborhood. Why shouldn’t we remember the poor at this Mass? Maybe we didn’t ask for “The Cry of the Poor,” but it seemed a fitting song to include as a reminder that our wedding wouldn’t just be about making a commitment to one another, but to the community as well.

One song that didn’t make the cut was “Here Comes the Bride.” We eliminated most of the staples of secular weddings, including the grand entrance procession. Instead we simply walked side by side in the normal entrance procession to the week’s opening hymn.

We also didn’t see the need to surround ourselves with a large wedding party, or even a best man and maid of honor, since they serve no liturgical function. The only question was who would hand us our rings, a job easily handled by the lead altar server, a familiar face at that Mass whose family were active fellow parishioners.

The Saturday evening Mass in our parish was never very crowded, and since we only invited 30 guests we had no concern about the pews being too full or the parking lot overflowing. There was plenty of space for everyone, and the inclusion of our vows only added about 15 minutes to the usual Mass time.

When Mass was over, there was no rush to leave the church; we invited everyone—whether they received an invitation in the mail or just happened to walk in the church doors for the first time that night—to join us in the parish hall for food and refreshments. Not everyone stayed, but some parishioners were happy to accept our invitation. Though we did have a small, private dinner later that night with a few close friends and relatives, we didn’t want to exclude our parish family from the party.

Granted, showing up for your regular weekly Mass to find that you’re also attending someone’s wedding may not be everyone’s ideal way to worship. Those who dread the thought of Mass dragging on past the one-hour mark may fear they’ll be stuck sitting through extended liturgies, surrounded by strangers and subject to stories about people they don’t know. If such special Mass occasions are advertised in advance, some parishioners may just skip them in favor of another time or attend a different parish that weekend.

I know that some regular faces were absent from the pews on the day of my wedding, and I can understand their concern. Weddings have become such personal moments that attending one where you don’t know the couple or their family may just feel, well, awkward. Some parishioners may feel like party crashers who are invading the privacy of the bride and groom. Others may take offense to the fact that a wedding is interrupting their normal weekend Mass, seeing the couple’s celebration as infringing upon their own schedule.

These feelings only show just how distant we’ve become from the people we share the pews with every week. Our conversations are often limited to a casual “hello” on the way in or out of church and a handshake at the sign of peace. We certainly don’t know each other well enough to feel welcome as invited guests at significant personal moments in one another’s lives.

But this is precisely why having more weddings in the context of our weekly worship would be a welcome change. At our wedding people we’d never spoken with before seemed truly moved to be a part of the celebration. Some even brought us gifts. It was a chance to learn people’s names, invite them into our lives, and build relationships. For us it was also a way to highlight the important role of our Catholic faith in our relationship and to affirm our continued commitment to the church, and to our parish, as a married couple.

Catholic leaders in recent years have spoken often about the importance of marriage, yet the actual sacrament still remains behind closed doors. What better way for parishes to promote marriage and foster a sense of community than to make weddings a part of our weekly worship?

All it would take is for priests to begin putting out the invitation. You never know when someone might just take them up on the offer.

1. I have been to a wedding that took place during a regular weekend Mass.

2. If I walked into my parish’s usual Saturday evening Mass and discovered that it would include the wedding of a young couple in the parish whom I barely knew, I would:

64% – Consider it a welcome surprise and be happy that I get to witness these young people’s wedding.
10% – Sneak out and plan to go to another Mass that weekend.
9% – Feel uncomfortable, as if I were intruding on their celebration, but stay anyway.
7% – Be quietly annoyed because the Mass will probably last longer than usual, but stay anyway.
2% – Not really care as long as I fulfill my Mass obligation for the week.
8% – Other

3. Parents, siblings, and friends of the couple will be hurt if there is no special way for them to participate in a wedding other than to just sit in the pews.

Representative of “other”:
“They can still participate as ministers during the Mass.”

4. Having weddings during regular weekend Masses would be a good way of getting young couples more involved in the parish community.

5. An appropriate setting for a Catholic couple’s wedding is:

Representative of “other”:
“In a Catholic church, but not celebrated within the context of a Mass.”

6. I think parishes should encourage not only most weddings but also baptisms and first communions to occur during Sunday Mass.

Representative of “other”:
“This would be a great idea in theory, but in a very large parish it may not be feasible.” 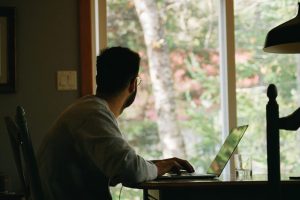 Is remote work good for us?