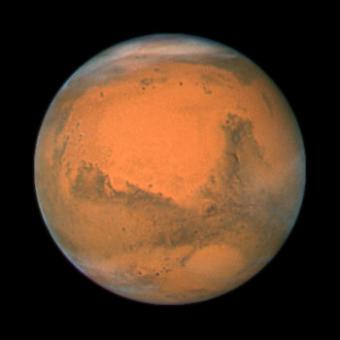 In a 1995 episode of the popular TV drama The X-Files, FBI agent Fox Mulder—a true believer in extraterrestrial life—has a quick exchange with his partner Dana Scully, the rational scientist and devoted skeptic. He asks, “Are you familiar with the Ten Commandments?”

“You want me to recite them?” Scully responds. Mulder says, “Just . . . the one about the Sabbath. The part where God made heaven and earth but didn’t bother to tell anyone about his side projects.”

The Catholic Church remains agnostic on the possibilities of such “side projects”—the question of whether or not there is life on other planets. It has no compelling reason to become a true believer like Mulder. But the church isn’t a devoted skeptic like Scully, either. This is because the God revealed in Jesus Christ is infinitely creative.

The discovery of extraterrestrial life could remind us of the awesome creativity of our God. God’s imagination, after all, cannot be constrained by the limits of the human imagination and our quest for knowledge.

Vatican astronomer and Jesuit Brother Guy Consolmagno thinks that the prospect of intelligent life elsewhere in the universe could be theologically fruitful. In a 2002 interview with U.S. Catholic, he observed, “I think we recognize that if they’re from Alpha Centauri or from the next galaxy over, they’re still God’s creation. It’s all God’s creation! If we ever find intelligent life, we’ll have an interesting dialogue about the nature of the incarnation.”

Consolmagno hits the theological bull’s-eye: The doctrine of the incarnation could be a starting point for the church to understand the presence of intelligent life (or life forms of any kind) on other planets. God chose to become fully present in the cosmos in the person of Jesus Christ. But God’s presence is infused not only into human beings and earthly creatures but into all of creation. There is nothing in creation that is outside of the presence of God. This would include extraterrestrial life.

This, however, raises the question: Do only human beings carry God’s image, or is the image of God found in all of the cosmos?

As The X-Files tagline insists, “The truth is out there.” God is among us and we hold that the truth is everywhere—even in divine “side projects.” The church remains reticent in the presence of our incredibly creative God.