With so many lay ecclesial ministers and directors of religious education out there, many of whom are women, why would a bishop “need” a woman as a deacon? 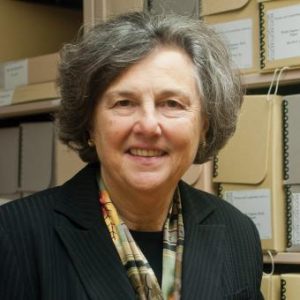 If I were a bishop, I would want a cadre of people I have trained and ordained, and to whom I have given faculties. The ordained women deacons would be catechists and would prepare people for sacraments. After they have prepared women and men to marry or to be received in the church, these deacons could actually perform the ceremony.

Lay ecclesial ministers often work outside the church structure, and often are not trained in diocesan programs or even in Catholic institutions. There are a lot of lay ecclesial ministers who have jobs in secular institutions—in prisons and hospitals–as Catholic chaplains, and who have not been trained in Catholic institutions. Major non-Catholic major divinity schools give scholarships to bright young Catholic women who 50 years ago would be on track in their religious communities to become provincials or presidents. These young women appear to come out of the divinity schools of Yale or Harvard or the University of Chicago trained in a blend of Catholic and Protestant theology. But they are Catholic, and they get ministry jobs as Catholics, sometimes with large salaries. The bishop has thereby lost control both of ministerial formation and of ministry.

Do you think women might be reluctant to be part of the clerical structure?

A lot of women are, but a lot of men are, too. I don’t look at being a deacon as a privileged status but rather as one of direct service to the church on behalf of the bishop. There are some women who want to be able to do that, to provide the bishop’s charity, or to be in essence the official spokesperson for the bishop when she preaches.

It’s just a different relationship to the bishop. I made two points with a bishop I recently spoke with. One was: Would you not want to have women whom you have formed, whom you have trained, working in your diocese and your parishes with your faculties when they preach and when they prepare people for ministry? And he agreed he would.

Secondly, I asked, given the fracture between the men and women of the church, would you not understand that returning women to the diaconate would be a positive thing that would help heal the rift? He agreed.

A Notification is like a statement of parking regulations. It is a low-level document, but I am fairly certain the reaction to the Notification was that the women who had been training as deacons turned around and formed Roman Catholic Womenpriests.

You had said you had asked bishops to ordain you. If you were ordained a deacon, what would be your hopes for what you would do?

That would depend on my bishop and how I would be assigned. I am very interested in preaching. I can remember when I was young, on a Sunday Father Patrick Young was preaching I said to myself, that’s what I want to do. I recall as well another day when I picked up a book called More than Many Sparrows from the bookrack in the back of my church. It was exegesis of the gospel passage about the sparrows and the lilies of the field. I thought: That’s what I want to do, too.

So, I would like to preach, and I do to a certain extent. I also write in many different forums. I think that the Lord has given me a well-trained tongue, and I think that I would be an effective homilist.

Can you think of a practical situation in which it would help you that women were ordained as deacons?

In the conversation, Sir Arthur was talking about population growth and food. He or Gertrude Himmelfarb said to me, “Well, you’re Catholic, so you’re against abortion. Defend it.” So there I was, sitting with a Nobel Prize winner, major professors, bank heads, and a TV journalist trying to explain how I, as an academic and intellectual, could argue against abortion. With no help from my Catholic colleagues, I must add.

But the point is not the argument. The point is, rather, that I was identified as “the Catholic” and as a result two people who were not Catholic assumed what I believed. I would have preferred at that time to have known a woman cleric, whom I would have seen as the public icon of belief of Catholic teaching, who would be out there as an example of how to react as a professional woman in this situation.

How does a woman answer this kind of question? I know how the men answer, but when a man talks about a woman’s issue, it’s heard differently. I want to see how a woman cleric would talk about it. I think it would be helpful, because no matter how we like to speak of equality, there is a certain internal authority the clerical state grants an individual.