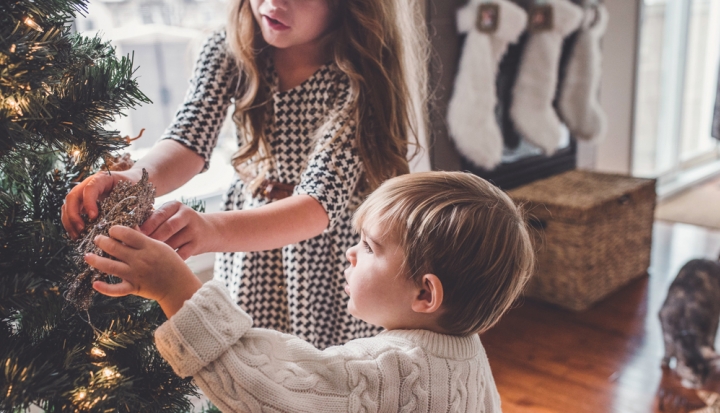 Presents are a dime a dozen this time of year. But presence—that’s another matter entirely. The ability of family members to be truly present to one another is under siege—from kids’ over-the-top sports schedules, extracurriculars, sometimes even too-abundant homework. The other culprits sucking up family time, however, are devices we’ve bought and introduced into our children’s lives, often heedless of what we are unleashing. Some true stories:

My friend took her daughter and her classmate, Susie, out to breakfast after they served at early Mass one Sunday. Susie slumped throughout the meal, head down. “Wow, she’s so shy,” thinks my friend. Finally she realizes the girl has been texting all during breakfast.

At a Cubs-Brewers game in Milwaukee, we sit next to a dad, mom, and their son, who’s about 10—Brewers fans. The boy barely looks at the ballgame, riveted to the video games on his dad’s cell phone. A jovial Cub fan nearby says, “Hey kid, did you know there’s a game going on here? I’m sorry you’re cheering for the wrong team, but still!” The kid smiles and returns to the phone; four innings later the dad finally takes it away. The child begs, pouts, glares. Finally in the 8th inning of a fairly close game, they climb over us to leave. The dad snarls at his son, “We’re leaving because you can’t even watch a baseball game!” Helping a child appreciate baseball requires considerable parental time, creativity, and patience, none in evidence here.

Jo Frost, of TV’s Supernanny, critiques one episode’s parents on their nonstop cell phone use. She locks everyone’s phones in a large glass jar for two days where the desperate, phoneless family members can see them tantalizingly lighting up and ringing, with no way to answer them.

My 30-something niece recalls the relief of leaving high school, going home, and tuning out of overwrought teen goings-on for the evening, saying, “I don’t know how kids stand having to be on call to their friends 24/7 for text messages—all that drama with no escape!”

A communications professor tells the New York Times that heavy technology use “diminishes empathy by limiting how much people engage with one another, even in the same room. ‘The way we become more human is by paying attention to each other,’ he said. ‘It shows how much you care. . . . A significant fraction of people’s experiences are now fragmented.'”

“Family members can each watch their own movie in separate rooms—at the same time!” blares a radio ad. Not a good thing. Kids listening to their iPods during every car ride with you? Not a good thing.

Technology is seductive. A text message from a school friend is a lot more enticing than listening to your kid sister and your parents at the dinner table. But which will better shape our kids into the people God wants them to be?

Family author Tom McGrath asks how we can tell kids about the real presence of Christ in the Eucharist when real presence in the family is increasingly scarce, with each person on their own device. It’s something to consider when buying gifts for kids, and in the limits we set on the use of any tech gift.

“Is there anyone among you,” asks Jesus, “who, if your child asks for bread, will give a stone?” (Matt. 7:9-11). How will the gift affect our all-too-brief years together as a family under one roof? And how do we give the gift of real presence to each other this Christmas?