The U.S. bishops’ recent action against a popular theologian has some Catholics crying foul.

Only church nerds have a least favorite Sunday of the year, but since I am one, I can with certainty say that mine is Trinity Sunday, the Sunday after Pentecost. Though the three-in-one divine nature is a central doctrine of Christian faith, it brings with it the inevitable theological one-liner from most preachers: “It’s a mystery!” Ha ha.

Of course, most of us are out of our depth when it comes to talking Trinity, falling back on St. Patrick’s shamrock or variations of two men and a bird in some triangular configuration. That’s why we have theologians after all.

One of the best of them, Sister Elizabeth Johnson, C.S.J., has spent her career blowing a hole in the tired image of the Old Man, the Young Man, and their pet Dove, and expanding our imaginations with startling images of God from nature, the Bible, and tradition, with a special emphasis on God’s feminine side. So it was with shock that the Catholic theological community received in March a 21-page critique by the U.S. bishops’ Committee on Doctrine of Johnson’s latest work, her award-winning 2007 Quest for the Living God (Continuum).

That book—more or less a summary of how theologians have been rethinking God in light of the Holocaust, political oppression in Latin America, and the women’s movement—was found by the bishops to “misrepresent” and even “contaminate” the faith, though the bishops took no disciplinary action against her. Among the bishops’ seven critiques was what they saw as Johnson’s failure to make the Bible and church teaching her starting point, her metaphorical approach to all language about God, her suggestion that God suffers with creation, and her affirmation of the work of the Holy Spirit in other religions.

Reaction to the statement from Johnson’s colleagues, friends, and admirers—and I count myself among the latter—was swift. Theologians, including the board of the Catholic Theological Society of America and Johnson herself, pointed out that the committee had simply misunderstood her book. Feminist scholar Mary Hunt opined that the bishops were making an example of a feminist who taught in a Catholic university. Boston College theologian Stephen Pope bluntly told The New York Times: “The reason is political. Certain bishops decide that they want to punish some theologians, and this is one way they do that.”

All commented on the fact that the bishops failed to even notify Johnson that her work was under review. Indeed, the statement was so poorly received that the doctrine committee’s chair, Cardinal Donald Wuerl of Washington, felt compelled to issue a “resource for bishops” in response, explaining the teaching role of the bishop as a “referee.”

Given the tone and content of the bishops’ message, however, one is left to wonder how well these referees grasp the rules of the theological game. The idea that all language about God is metaphorical—it points to rather than captures the divine mystery—is an idea that St. Thomas Aquinas was completely comfortable with in the 13th century. The question of whether God suffers—particularly in the passion of Jesus—has always been a matter of dispute among theologians, but the human suffering embodied in the Shoah as well as the natural suffering built into the process of evolution has required new answers from theologians.

The bishops may not like Johnson’s approach, but her work is by no means outside the broad range of what qualifies as “Catholic.” If this is the guidance our bishops offer as teachers, it does not inspire confidence; in fact, the harshness of the language seems geared more to intimidate than to correct.

Now more than ever Catholicism needs voices that seek new language for our ancient faith, images that can speak to the desires and hopes of people today. God’s self-revelation, the mystery contained in scripture and tradition, requires our best efforts if it is to reach a spiritually starved world, and Johnson and her peers are right to help move us beyond our two-men-and-a-bird religious imaginations.

As the title of Johnson’s book suggests, we serve and praise a “living God,” and the search for God demands both courage and daring. Often it starts in uncomfortable places—with the suffering poor, in the ruin caused by unspeakable evil, in the experience of oppression. I for one am grateful to Johnson for helping me experience a God I never could have imagined without her challenging inspiration.

TagsTheology women in the church 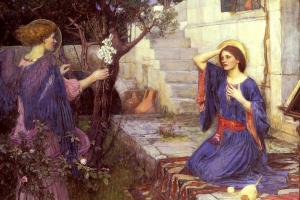 Could Mary have said ‘No’? 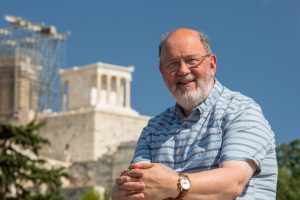 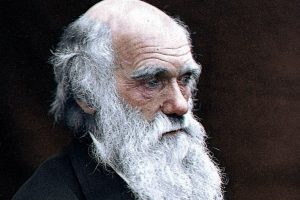