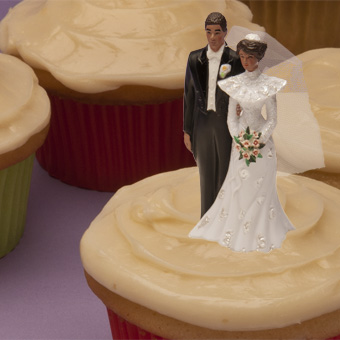 U.S. marriage rates are dropping, while the approval ratings of cohabitation and childbearing before marriage are climbing.

Young adult Catholics don’t live in a vacuum, of course-most are influenced by what’s going on in society. When it comes to marriage, however, that influence is mostly negative.

In 2007 the National Marriage Project’s annual “State of Our Unions” report focused on the future of marriage and, in particular, the attitudes and practices of young adults.

The statistics are stark: The U.S. marriage rate suffered a 24-percent drop between the early 1990s and early 2000s. In the same period non-marital cohabitation jumped 49 percent and the non-marital birthrate climbed 24 percent. In 1987 just 17 percent of 18- to 24-year-olds did not agree that they had “old-fashioned values about family and marriage,” and by 2007 that number was 31 percent.

And an annual study of high school seniors found that, in 2005, more than 55 percent of teenagers accept out-of-wedlock childbearing as a “worthwhile lifestyle,” close to 60 percent agree or mostly agree that living together before getting married is usually a good idea, and only about 35 percent say they agree or mostly agree that most people will have fuller and happier lives if they choose legal marriage rather than staying single or just living with someone.

In some ways, these bleak statistics may work in the church’s favor. Julie and Todd Zasada have been married 12 years and have three young sons. Although they’re both cradle Catholics, they only started going to Mass regularly after they were engaged because they wanted to get married in the church. After their kids were born, however, Sundays became harder to get through, and “it became a reason not to go,” says Todd, 36. Then, four years ago, “Our marriage hit the rocks, and we were in uncharted waters,” says Julie, 33.

Both came from families with divorce, and they didn’t feel they had the role models or the tools they needed. “When we looked around at our friends and relatives [who had gone through divorce], we didn’t see enough happiness in separation,” says Todd. “We knew we didn’t want that.” Instead, in a last-ditch effort, they turned back to the church. After they joined a parish, Julie stumbled across a daylong workshop on the theology of the body, and “everything came together.”

“When we started embracing what the church taught, our marriage started to flourish,” says Julie. “It’s been better than I ever imagined.” Now the Zasadas co-chair the Catholic Family Institute at their parish, St. John the Evangelist near Merrillville, Indiana. They’re also a presenting couple for Retrovaille, a program for couples in troubled marriages, and recently became certified to teach Natural Family Planning. “We’re trying to fight for marriage. It’s a lonely struggle at times. There’s very little in our popular culture that supports being together when times get tough.”

Todd says his own views have taken “nearly a 180” in the last few years. “We practiced contraception. We had sex before marriage. A lot of the things regular culture said were OK, when we thought about it, we couldn’t come up with a good answer for what we thought before.”

Julie has likewise been transformed: While her former thinking on church teaching was “ ‘It’s not for me,’ ” now, she says, “Whatever the church teaches on marriage, I want to learn it and I want to live it.”