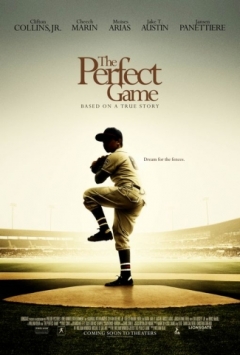 Would you believe there is a film out there like this? And that this film stars Cheech Marin, as Padre Esteban, a devout, old-fashioned priest? "This would take a miracle," you say. Well, in The Perfect Game, as Padre Esteban says, "Sometimes God gives us the ability to make them."

The Perfect Game is all about miracles. It is based the true story of the 1957 Little League World Series in which a rag-tag group of poor Mexican boys from the metal forge town of Monterrey cut a swathe of victory through the United States, to the admiration of American children and the chagrin of racists. Their meteoric rise to fame captured the attention of America and will capture your heart.

With the support of their coach and pastor, hard work, and heartfelt faith, the Monterrey Industrials went out to make history. The story follows the tight knit band of amigos from their simple homes in Mexico all the way to the Little League championship in Williamsport, Pennsylvania. But their unlikely championship does more than impress the hometown folks; they managed to change hearts and inspire those they met, confronting the harsh realities of class and racial segregation.

The unique and memorable characters of the teammates are what make the film a winner. Jake T. Austin has an incredible range of emotions as Angel Macias, the pitcher who strove to pitch a perfect game. Moises Arias is adorable as Mario, the shortest teammate famous for his charm with the ladies. The feisty yet humble personalities of the little boys captured the hearts of the teenage audience who viewed the film with me. They recognized the actors from the Disney Channel and were charmed by their characters in the film, cheering them on as they wowed America onscreen.

When Cheech Marin was asked by Brian Kilmeade of Fox and Friends how it was that he played the role of Padre Esteban so convincingly, he recalled his childhood in the church where he was an altar boy. "I imitated the priest," he said. In his childhood, Cheech was also a big fan of the Monterrey Industrials. "I had a lot in common with them," he said. Perhaps that's why he successfully embodied the Padre whose heartfelt prayer for a means of giving the boys hope begins the story.

A budding romance between the down-on-his luck coach Cesar (Clifton Collins Jr.) and beautiful, church-going Maria (Patricia Manterola) is assisted by the boys. This story line is part of the film's charm, making it an excellent date flick.

The theme of father-son relationship is central to the film, where the tension is thick between pitcher Angel Macias and his father, Umberto (Carlos Gomez), who is angrily mourning the loss of Angel's big brother Pedro. Yet, in the end, the film underscores the crucial importance of a father's approval to a growing son.

The authentically Mexican flair of the soundtrack and unique cinematography, blending newsreel footage of the actual team and the film itself, enhance the feeling of being witness to history.

This is a film which will be soon added to the family collection, to be played and replayed, along with director William Dear's other baseball classic, Angels in the Outfield. Its not often that at film comes along which baseball is merely a vehicle to inspire hope and not an end in itself. The boys' faith, dogged perseverance, and winning personalities will make you laugh, cry, and cheer for them. The Perfect Game is an example of what sports can do for a group of children with a good adult role model to guide them.

I give this film my highest recommendation. If you only go to see one film this year, go see The Perfect Game. 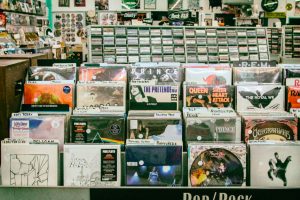 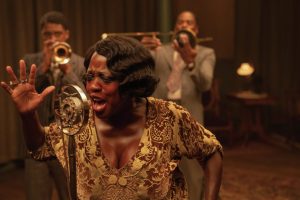