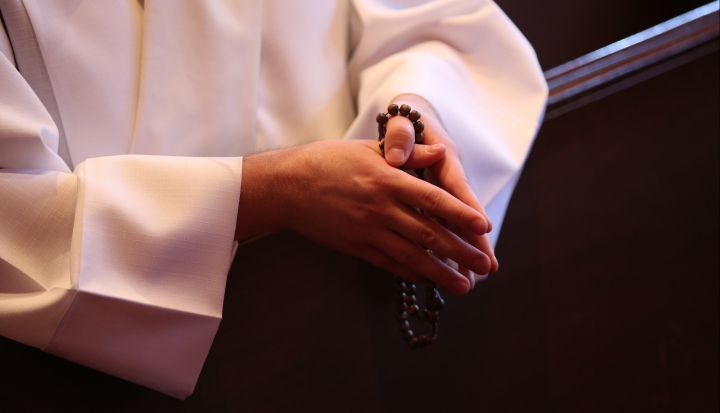 Celibacy is one of the most widely recognized characteristics of a Roman Catholic priest. But though it is well known, celibacy itself is often misunderstood.

Technically, celibacy is the commitment not to marry. In the Latin (Roman) Catholic Church, it is a prerequisite for ordination to the priesthood. The candidate must freely assume this obligation publicly and for life. Because church teaching reserves sexual activity to marriage, celibacy also requires abstinence.

Celibacy, however, was not always a requirement for ordination. In biblical Judaism, being married and producing offspring was an expectation. St. Peter, for example, had a mother-in-law (Luke 4:38), and St. Paul’s instructions regarding ministers included bishops and deacons being married only once (1 Timothy 3:2, 12).

Throughout the first centuries of Christianity, clergy continued to get married, though marriage was not required. It was not until the turn of the first millennium that the church started to canonically regulate clerical marriage, mainly in response to clerical abuses and corruption. Of particular concern was the transmission at the death of a clergyman of church property to his wife and children. The Council of Pavia (1018), for example, issued regulations on how to deal with children of clergy, declaring them serfs of the church, unable to be ordained and barring them from inheriting their father’s benefices (income connected to a church office or parish).

In 1075 Pope Gregory VII issued a decree effectively barring married priests from ministry, a discipline formalized by the First Lateran Council in 1123. Since then celibacy has been required of Roman Catholic priests, though the Catholic churches of the East have continued to allow priests to marry before their ordination.

Current church teaching sees celibacy as a gift that God bestows on those who are called to the priesthood. Among the church’s arguments in defense of celibacy is the example of Jesus, which must be reflected in the life of a priest. Through celibacy the priest mirrors the love that Christ has for all, a love that the priest, unattached to spouse and children, can also extend.

At the same time, celibacy is not a revealed truth but a church discipline. In the United States, for example, about 100 Episcopal and Lutheran married ministers who converted to Catholicism have been ordained as Roman Catholic priests. Their acceptance illustrates that the obligation of priestly celibacy is not essential to the priesthood. A more universal change in this discipline would require Catholics to rethink our understanding of the priesthood, though it could also offer new gifts to the church and the world.