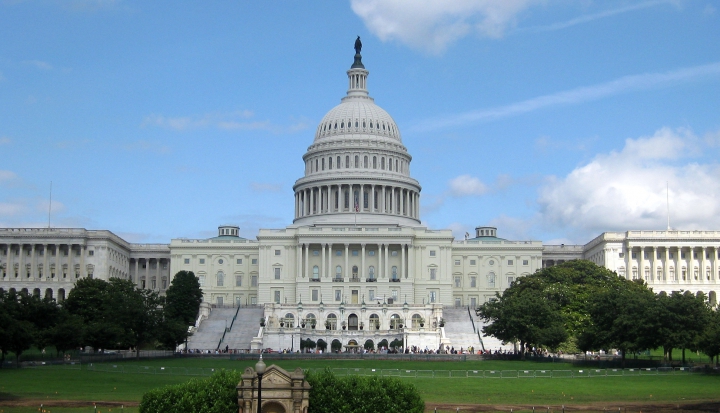 On September 24, Pope Francis will address a Joint Session of Congress; he is the first pope to receive this honor. He will stand at the dais with Speaker Boehner and Vice President Biden behind him in a room filled with dignitaries and legislators. What follows is what I imagine he may say.

“May God make every grace abundant for you, so that in all things, always having all you need, you may have abundance for every good work.” (2 Corinthians 9:8)

Sisters and brothers, that scripture passage is one of my favorites. I offer it here as a blessing upon this nation and upon all of you gathered here today.

I am humbled to stand in these storied chambers, before this assemblage of legislators of the United States of America. For all my life, your nation has been a beacon to the world’s homeless and tempest-tossed, a golden door to all those yearning to breathe free.

Our Creator has blessed your nation with great beauty and with enormous bounty and power. With these graces and with courage and self-sacrifice, the people of the United States time and again have taken enormous responsibilities upon their shoulders. Against darkness and ignorance, in crisis and in need, when the world has faced great peril the people of the United States have taken up the mantle of responsibility for the causes of peace, mercy, charity, and justice.  Time and again your great country heard the call and has answered.

You remember the ancient story of Samuel, to whom a voice called over and over in the night. Multiple times, as he lay down to try to sleep, the voice would raise him from his slumber. Finally, his rabbi, Eli, counseled him, saying, “Lie quietly and listen. When the voice calls again say, ‘Speak Lord, for your servant is listening.’”

People of faith believe that we are all called to serve. To serve our sisters and brothers. To serve the common good. To serve our Creator’s plan.  The Gospel calls all Christians to seek the face of Christ in the poor, the imprisoned, the sick, and the hungry.

In this hall filled with women and men who, in English, are called “public servants,” surely there is much understanding of what it means to be called to serve.

Nations are called to serve, too. Your great nation has answered that call many times.

Legislators, sisters and brothers, I ask with all sincerity and compassion to each of you in this place: Is not your great country being called now? Is not the United States being called in this very hour to take on the mantle of responsibility once again?

Will you pause, like Samuel, to listen for the service to which you are being called? And how shall you answer?

Do you not hear the call from a family among the world’s two billion who are impoverished and brutalized by economic injustices? Do you not hear the agonized call of a wounded creation that has been tortured by generations of abuse?

Do you not hear the calls of refugees, unwelcomed and rejected around the globe? The call of the sick who are suffering for lack of medicines and health care?

Do you not hear the call of those who are repressed, discriminated against, and brutalized because of their faith or gender or race?

Do you not hear the call for peace?

Do you not, legislators, hear the call of the child in the womb praying to live and to live a life of dignity?

Sisters and brothers, think on the extraordinary grace that God has bestowed on your nation.

Why? Why have you been graced with such beauty, bounty, and power? To what purpose?  What challenges is God calling for America to take on?

Are you listening for the call? My sisters and brothers, how will you answer?