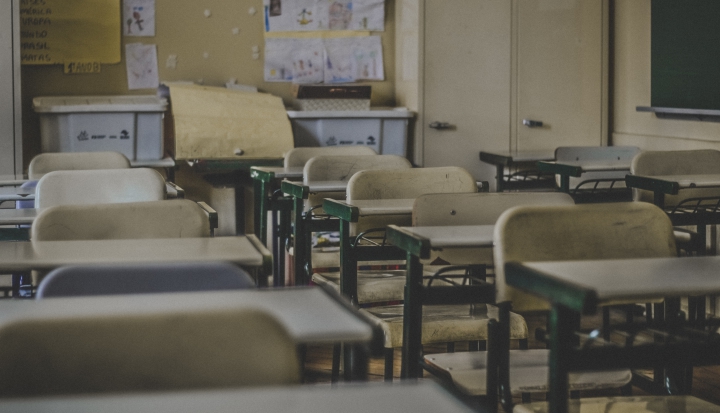 A couple of years ago, I taught Dave Cullen’s book Columbine (Twelve) to college freshmen, most of whom weren’t even born when Dylan Klebold and Eric Harris gunned down 13 of their fellow high school students on April 20, 1999. My students were largely ignorant of the shooting with little understanding of how profoundly that day shaped their high school experience. They were surprised to learn that only 1 in 5 high schools had security cameras before 1999. Today, 3 in 5 do. Before 1999, high schools did not have metal detectors, I told them, no bag bans, and definitely no active shooter drills. Before Columbine in 1999, which until a few weeks ago was the deadliest high school shooting in U.S. history, most students only had to worry about grades, clothes, and the opposite sex.

But then Columbine happened and schools were locked down. Metal detectors were installed. Bag bans were enforced. Attempts were made to safeguard against another school shooting, but the mass shootings continued: Red Lake, Virginia Tech, Sandy Hook, Umpqua College. A few weeks ago, Nikolas Cruz opened fire on his former classmates at Marjory Stoneman Douglas High School and outdid Eric and Dylan in killing 17 of his classmates with an AR-15-style rifle.

Like most of you, I am bereft, scared, and angry. But my overwhelming feeling is a fear so profound it’s difficult to breathe. Thinking back to reading Columbine with my students, what interested them most was the why of it, that searing hot poker of a question all of us are left holding. Why and how do we stop it from happening again?

In A Mother’s Reckoning: Living in the Aftermath of Tragedy (Broadway Books), Sue Klebold, the mother of Columbine shooter Dylan Klebold, wrestles with this. How did her son become a killer? What clues did she miss? What could she have done differently? Her book points to Dylan’s depression, a fact that certainly contributed to the murders on April 20, 1999. But mental health cannot bear the entirety of the Columbine massacre, as millions of people have suffered through depression without killing others.

After the Parkland, Florida shooting, I have my own mother’s reckoning. My son came home last week reporting he’d been told to throw his hard reader at a gun-carrying intruder if one enters his classroom. He’s in third grade. My 8-year-old son is supposed to defend himself against a gunman by throwing a hardcover book.

Not only are they are not working, all of these provide cover for the actual problem, which is America’s devastating and cruel obsession with guns. What will stop mass shootings in America? Less accessibility to guns. I don’t care how much America loves guns. I love my kids more.

I could insert compelling facts here that would illustrate America’s dangerous obsession with guns. I could post a link to the videos of Parkland, Florida students begging adults to enact common sense laws that would have prevented the murders those students bore witness to. I could point to all the comparison-by-country charts that are popping up everywhere that point to the culpability of guns in mass shootings.

It’s been 19 years since Columbine happened. Let’s finally learn from it.

TagsIn and of the World