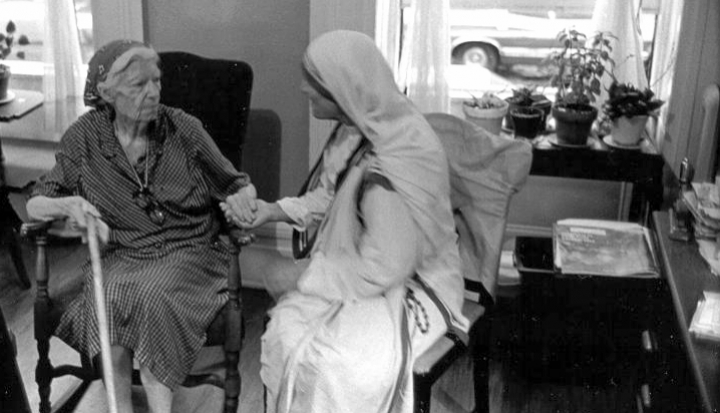 It’s Wednesday night, the kids are in bed, and it’s Cookie time.  That’s Cookie with a capital C, as in Cookie Lyon, felonious matriarch of the FOX hit show Empire.  I cannot get enough of the larger-than-life Cookie and her awesome one-liners like, “The streets ain’t made for everybody.  That’s why they made sidewalks.”  But every Wednesday night after the show, I suffer from post-Empire hangover.  As compelling as Cookie is, she is still Cookie, a convicted felon, former drug dealer, and a woman completely lacking in any higher ground.  Cookie, it turns out, does not leave a very good taste in my mouth.

In his book, The Rhythm of Life, Matthew Kelly argues that we become the stories we listen to.  If that’s true, I’m in trouble because as much as I love watching Cookie, I do not want to be her.  Sure, her skin tight, animal print dresses and atomic personality are fun, but she’s not exactly goal-worthy.

With each passing episode, I would swear to myself and to my husband that we were done watching the show.  It took a particularly salacious scene to finally break the Cookie habit.  I’m happy to report I do not miss Cookie or the rest of the Lyon family, but that doesn’t mean my current television intake is virtuous.  I know more about the Kardashians than is probably healthy and there are plenty of other shows I tune into with characters and situations that are not helping me get any closer to heaven.

As a writer and teacher, it’s probably not surprising that I do better in choosing reading material that is peopled with better examples.  There are a million reasons you would never find me cracking the covers of Fifty Shades of Grey, not the least of which is its pornographic nature.  But that still leaves music and magazines and pretty much every other narrative that tumbles out of the non-stop media machine directly into my sensitive, artist-type psyche.  And as that artist type, I am hugely susceptible to language and images and the stories they tell.

The question is what story do I want to become?  The answer is a little complicated.

Sometimes, I want to be Jay Z, a man who is brilliant, worldly, and capable of the sort of wordplay writers dream of.  Driving down the interstate in Fort Wayne, Indiana with the windows of my 2006 G6 rolled down and Jay Z’s “Blueprint” popping out of the sad little stereo makes my married, mother-of-two, forty-something life feel a little bigger and more dramatic.

Sometimes, I want to be Taylor Swift with her squad of beautiful friends just coming off a wildly successful world tour.  When I’m running on the track at the YMCA in my average-sized Midwestern town with “1989” streaming in my ears, I can be Tay-Tay for a minute.  I can be funny and quirky and have a hundred best friends who probably hang out with me all the time and do fun things with me like make up synchronized pool routines when we’re not getting matching pedicures for our miniature poodles.

Sometimes, I want to be Bella Swan.  Go ahead, roll your eyes.  It’s fine.  I’m Catholic and comfortable with confessing my sins.  Let this be my worst literary one.  I have enough English degrees and bookshelves lined with well-read classics to have the courage to admit that I enjoy the Twilight series and the sappy love story between Bella and Edward.  Sometimes, I want that extraordinary teeny bopper romance to be my story instead of the real flesh-and-bone one my husband and I share.

And sometimes, I want to be Cookie Lyon, treating the world like it’s mine for the taking and not letting anyone get in my way.

It’s not that there’s something inherently wrong with wanting to be like Jay Z or Michael Jordan or whoever your guy is.  It’s just that in the long run, I want my story to be bigger than theirs.  What I really want is to be Dorothy Day: smart, stubborn, and completely committed to doing God’s work no matter who it offends or makes uncomfortable.  I want to be Catherine de Hueck Doherty, the aristocrat who fled Russia, abandoning her title and money to become a social worker and founder of Madonna House.  I want to be Pope Francis—joyful and free of spirit in the knowledge of living out God’s purpose.

I want my story to be the one where I live a life that gets me into heaven.  If I want to be the saint story, I have to walk the saint walk.  Even writing that feels ridiculous and maybe that’s part of the problem.  It doesn’t sound at all ridiculous to say I want to be a rock star or a movie icon, but saying I want to be a saint, well, that’s just crazy.

So here’s my first step at becoming the story I want to be.  I’m going to get more comfortable telling people I want to be a saint.  When my children are asked what they want to be when they grow up, I’m going to teach them to reach for sainthood instead of the stage.  And if I replace some of my not-quite-helping-me-get-there stories with something better, something richer, something that puts me directly on a path to God, I might just become the story I want my great, great, great grandchildren to read.

Molly Jo Rose's column, In and Of the World, focuses on finding God's goodness in the darkest places of the world.