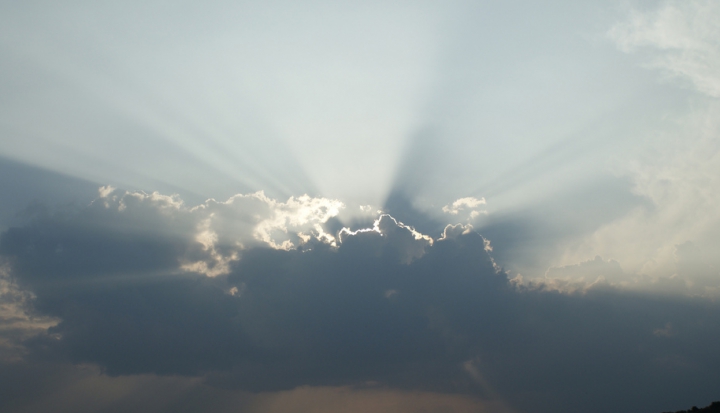 I’m part of a top secret club. Membership was granted to me about three years ago when I had my first miscarriage. A few weeks after the loss, in requisite hushed tones, I admitted the miscarriage to one of my best friends. “Me, too,” she rushed in, sharing the particulars of her multiple losses and ushering me into a club I didn’t know existed.

That she was a part of the club was a surprise to me. As each other’s confidantes, we exchange frustrations over married life, feelings of inadequacy as mothers, and our frequent desires to run off to coffeehouses and relive our misspent youths. Yet until I opened up about my miscarriage, hers had remained behind locked doors. Over the next couple of weeks, a pattern arose. I would tip the hat of my grief to close friends, and time and again, they would reveal their own miscarriages. My grief lessened as our club grew, but I couldn’t help but wonder, why had all these losses been kept secret?

Why we do this is up for debate, but perhaps we can agree that, as a community, we are not well versed in how to talk about death. Twenty years ago, my family and I went through the sudden loss of my sister. If I bring up my sister’s passing, conversation still often comes to a standstill. As with the mention of a miscarriage, those grieving are shut down by well-meaning people who do not have a language for grief.

Nor do we have a language for the loss of control. If pregnancy, miscarriage, and parenting teach us anything, it’s that we have very little control over anything, but we aren’t great at admitting this. The troubling reality of life is that it ends, almost always before we are ready. With miscarriage, parents don’t get to escape this fact. As a culture, can’t we give those going through miscarriage the courtesy of recognizing the vulnerable and tentative nature of life? If those struggling through miscarriage are so inclined, can’t we let them grieve in public?

When I had my first miscarriage, I was shocked. It hadn’t occurred to me that my healthy body could fail me in this way. Compounding this was the fact that I knew very few women who had miscarried. I felt like an anomaly, like the sad end of a statistic. When I miscarried a second time, the shock was less, but the assault on my sense of womanhood was greater. Why couldn’t I carry a baby to full term? What was wrong with me?

During this period of self-doubt, women came forward and I got the quick and necessary education women in my club get. Before my miscarriages, no one told me miscarriage was par for the course when bringing children into the world. Now I know that 10 to 25 percent of pregnancies end in miscarriage, some women miscarry without even realizing it, and miscarriages usually happen because of a chromosomal abnormality. Armed with an awareness of how common miscarriage is, I stopped feeling like an anomalous outlier. But without this, I was left with just enough ignorance to feel insecure and like a failure.

The silence surrounding miscarriage doesn’t help anyone. While no one should be forced to wear their grief on their sleeve, women should not feel muzzled. Loss needs a voice. Grief needs to be spoken. We have to allow the dark echo of death in lighted rooms where its impact is lessened.

What we don’t talk about when we don’t talk about miscarriage is the most basic reality of life and the heroic vulnerability that is motherhood. Life is not guaranteed. It is a gift. It is sacred. What happens in a labor and delivery room is nothing short of absolute miracle. We honor the sacred and miraculous nature of life more when we accept that not all pregnancies go full term. Some of them end, but women keep going, guarding their loss so that the rest of us don’t have to face it. We have to stop making women carry the secret of miscarriage.

As a culture, we need to learn how to have a conversation about loss. We need to become educated about miscarriage and the heartache often involved in trying to bring life into the world. We need the secret club to be opened to everyone because without the countless women who open themselves to the vulnerability of miscarriage, none of us would be here. Grief and loss are inescapable, but feeling the pressure to bury these feelings is not. We don’t have to know the exact right thing to say when someone is grieving, but letting them speak is probably a good start.

TagsIn and of the World