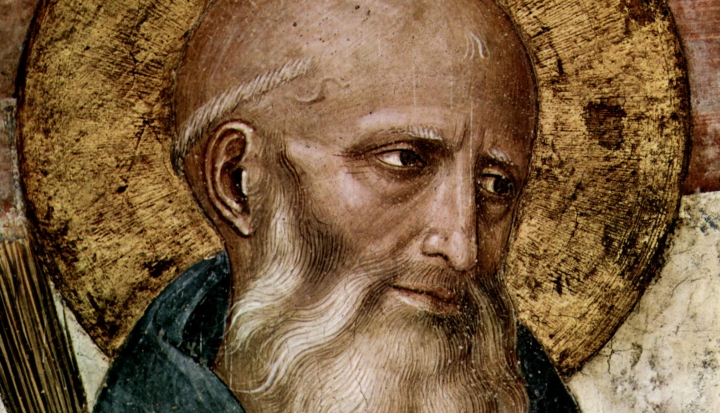 Floating about in right-of-center Catholic circles these days are several worrisome and closely related ideas for the role of the church in public life. Some Catholic intellectuals propose that the church should retreat from public participation that might bring it into contact with contrary values. Others contend that bishops should not advocate for social justice policies. Still others are arguing that the church should become smaller and purer. And, finally, some are advocating for what has come to be called “The Benedict Option.”

I find all of these proposals to be of a piece. They are versions of the notion that the church should retreat from the world, as if some worldly contagion could overwhelm the church.

For many years, holier-than-thou vigilantes have relentlessly criticized Catholic organizations such as Catholic Relief Services (CRS), Catholic Charities (CCUSA), and the Catholic Campaign for Human Development (CCHD) for any association with non-Catholic groups with positions different from those of the church. More recently, criticism has also been directed against these organizations for working in partnership with the federal government. The implication is clear: The church should withdraw from such participation or risk cooperating with evil.

Archbishop Charles Chaput of Philadelphia has even suggested ending the church’s participation in civil marriages. Over at the conservative Catholic journal, First Things, Editor Rusty Reno has a sign-up sheet posted, where clergy can pledge to no longer perform civil marriages. By offering only religious marriages and no longer providing legal marriage certification under American law, these clergy would be withdrawing from the corruption of a legal system they see as tainted by the legality of same-sex marriage

Social justice itself is suspect for some in these circles. Following the lead of pundits like Glenn Beck, who argue that social justice “not only resembles what many radical progressive and socialist and communist groups preach today, it is what they preach!” the argument is that endorsing social justice policies on issues like economic inequality, climate change, labor and business, mass incarceration, or immigration interjects the church into matters beyond its competence and involves the church in partisan politics.

In a similar vein, Robert P. George, a prominent Catholic intellectual at Princeton, argues that institutional church organizations like the U. S. Conference of Catholic Bishops should only address those policies of American public life that pertain to intrinsic morality: public policies such as abortion, euthanasia, and same-sex marriage. Issues in the social justice realm—such as climate change, poverty, and immigration—he argues should primarily be the concern of the laity and not of the bishops or their organizations.

Long before he became Pope Benedict XVI, the future pontiff wrote a book about the future of the church, Faith and the Future, in which he imagined that in modernity the church would lose its public edifice and contract in membership. In so doing, he thought, it would be both refined, becoming “smaller and purer,” and restart. In recent years, that long-ago prognosis of then Father Joseph Ratzinger has been turned upside-down into a prescription in some quarters.

As a prescription, the idea of a smaller and purer church leads to calls for pruning. A recent Pew poll that showed a decline in the number of American Catholics was greeted with hope by those who saw this as ushering in a more intentional and more orthodox church. Orthodoxy watchdog groups monitor Catholic schoolteachers, Catholic universities and hospitals, men and women’s religious orders, and even membership in Catholic parishes with an eye to identify those judged insufficiently Catholic. Labels such as Catholic In Name Only (CINOs) and “Catholyks” are tossed about in hopes to shame and sweep out those who don’t past muster.

I’m not sure, because my academic interests lie elsewhere and I have not closely followed the development of these ideas, but I suspect that the so-called “Benedict Option” was inspired by the ending of philosopher Alasdair MacIntyre’s 1984 book, After Virtue. In that book, MacIntyre portrays a dystopian future for morality in the modern age. In his closing reflections, MacIntyre muses—but by my reading does not actually propose—that to save virtue amidst the dark age of modern relativism we might take a cue from St. Benedict in the original Dark Ages, who saved Christianity from the barbarians at the gate by having believers retreat to huddle behind the walls of monastic communities.

A few years back, Rod Dreher at The American Conservative resurrected MacItyre’s 1984 musings, but he proposed them as a real plan. His full-blown Benedict Option, was an almost physical retreat behind some cultural equivalent to monastic walls, wherein religious people would withdraw from the modern world and its barbarians to preserve their faith among themselves, minimizing the impact of the outside world.  The idea has developed quite a following. I envision pioneer dresses, home schooling, no card playing, and houses off the grid.

The Benedict Option is in many ways an exemplar for all of these worrisome notions. Instead of seeing the world as luminous with the Creator’s plan, it’s perceived as evil. The holy-elect must be saved from corruption. Accordingly, the church should lessen its engagement in public life. It should turn inward to focus on the orthodox. Instead of “Be not afraid!”—we should be very afraid.

Pope Francis counsels approaching the modern world very differently. He preaches a church engaged in the world, not one hunkered down behind walls or fearful of participation. Instead of backing off from the church’s involvement in social policies, he promotes such involvement—to address poverty, climate change, conflict, immigration, and dozens of other social justice areas. The hallmark of his papacy has been reaching out with mercy to sinners and with invitation and welcome to those who do not share our values.  Instead of turning inward with a focus on protecting orthodoxy and defending the faithful, he has focused on reaching out to the margins and the marginalized.

In 1983, St. Pope John Paul II proposed to the bishops of Latin America what he called a New Evangelization as the mission for the church in our age. I’m unsure if the future Pope Francis was in the assemblage. But this papacy clearly has taken up that call. To evangelize is to carry the truth to the margins. The Francis Option is the opposite of The Benedict Option.