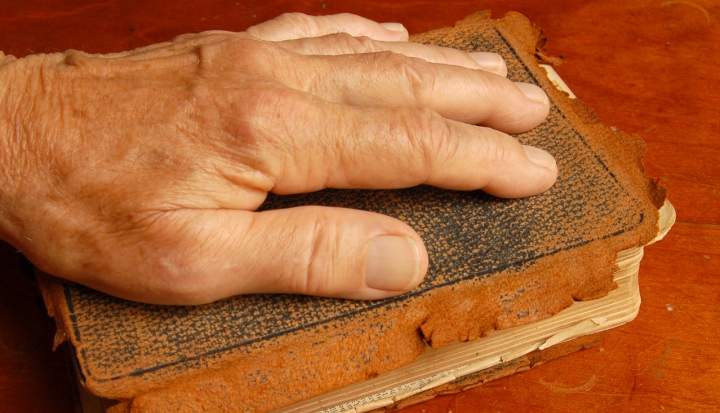 The poignancy of the moment was emotional. At the White House last Thursday, with a painting of Daniel Webster looking over my shoulder and a bust of Thomas Jefferson looking on, I raised my right hand and pledged to defend the Constitution of the United States and to faithfully execute my office. I closed with the profound oath, “So help me God.” With that I took up my responsibilities as part of the president’s White House Advisory Council for Faith-Based and Neighborhood Partnerships.

What does it mean to be a Catholic in public life? What role should our faith play in how we vote, what policies we promote, and how we meet the responsibilities of citizenship and public office? How should Catholicism matter for our politics, for jury duty, for serving in our military, for judges and legislators, for candidates and bureaucrats, for voters?

It so happens that next week the American bishops will offer pastoral counsel for such questions at the annual meeting of the United States Conference of Catholic Bishops (USCCB) in Baltimore. Every four years, synced with presidential elections, the bishops release a guide for engaging in public life as voters, citizens, and officeholders. But this year, expectations are that we will see only a new introduction and some small tweaks to their 2011 document, Forming Conscience for Faithful Citizenship.

If so, then our bishops disappoint us. Faithful Citizenship, as it has come to be called, reads like something from another age. Indeed, it’s from 2011 B.F. (Before Francis). Its tone is juridical, and does not convey the merciful and pastoral message of His Holiness. In form, it is an un-Francis-like assemblage of pronouncements for judging citizens, politicians, and officeholders. Moreover, those criteria are oddly presented. Faithful Citizenship seems to imply that governments’ duties to prioritize laws that address the needs of those in poverty, ensure care for creation, and advance the common good through social justice policies and programs are merely secondary or aspirational goals. The further implication is that we’re free to use our prudence to pursue these concerns in any way that we please.

In contrast, under Pope Francis these church teachings have been given a powerful urgency. We have been reminded that such teachings were never secondary, optional, or merely aspirational. The pope insisted even in his speech before Congress that the church’s social teachings have the full gravitas of the church’s moral authority behind them. They are integral elements for how Catholics think about the responsibilities of governments and citizens.

Ahead of what looks to be a morally complicated election year for Catholics in America, what’s wanted is pastoral guidance that reflects the same urgency for the church’s social teachings that His Holiness has conveyed time and again. Our bishops should be reminding Catholic voters and officeholders of the church’s insistence that government itself (and not just charitable individuals) has a responsibility to address poverty, injustice, environmental degradation, and to provide for a moral economy. Our bishops do a disservice to their flock if American Catholics imagine that the church’s teachings for citizenship and government are restricted to matters like abortion, marriage, or religious liberty.

It’s also a disservice if American Catholics conclude from Faithful Citizenship that some issues are prudentially flexible while other issues are somehow too important for prudence. None of the church’s teachings for governance come with a step-by-step blueprint for how they are to be achieved.  It may well be that more immediate success in reducing the incidence of abortion comes from providing better health care to at-risk populations than from defunding Planned Parenthood. Working to pass 20 week bans at the state level might do more than working to overturn Roe v. Wade. Likewise, increasing TANF (Temporary Assistance for Needy Families, or welfare) might not be as effective in addressing extreme poverty as increasing the minimum wage or passing a jobs bill focused on repairing America’s crumbling infrastructure. Providing for more local caseworkers might make more difference than increasing the food stamp (SNAP) allowance.

These are all matters of careful prudential consideration. Reducing abortion and poverty are morally required goals, but how we best achieve these goals is a prudential decision. Prudence, however, is not a right to choose any approach one pleases because it fits our political preferences; we’re obliged to carefully assess what really works.

Faithful Citizenship also fails in conveying the Catholic ideal of civic virtue.  Civic virtue is the glue of political solidarity. Its value for addressing the crisis of contemporary American politics cannot be overstated. At a moment when politics in America is increasingly just a marketplace of competing special interests, we desperately need Catholic teaching that tells us to transcend our private interests and promote the common good of all. Democracy only works when citizens have sufficient civic virtue to put the good of all ahead of their own desires and interests. If as a country we are ever to overcome the vitriolic and divisive politics of the moment and to overcome the governmental gridlock created by that divisiveness, then civic virtue must be promoted. For officeholders and elected officials, civic virtue reminds them (as Pope Francis said so powerfully before Congress) that they are to be not leaders, but humble servants to the common good. Faithful Citizenship could do much to remind American Catholics that the church’s own teachings not only insist on civic virtue, but that these teachings offer a way forward from the crisis of our current politics.

Finally, Faithful Citizenship could remind American Catholics that citizenship is not a license, but rather an ongoing formation of the soul to serve the common good. With citizenship comes rights and privileges, yes, but, more importantly, duties and responsibilities. Last Thursday at the White House, with my right hand raised, those duties and responsibilities were keenly felt. Yet, each of us as citizens have implicitly taken such an oath—to defend the Constitution and to faithfully execute the office of citizenship that we hold. So help me God.