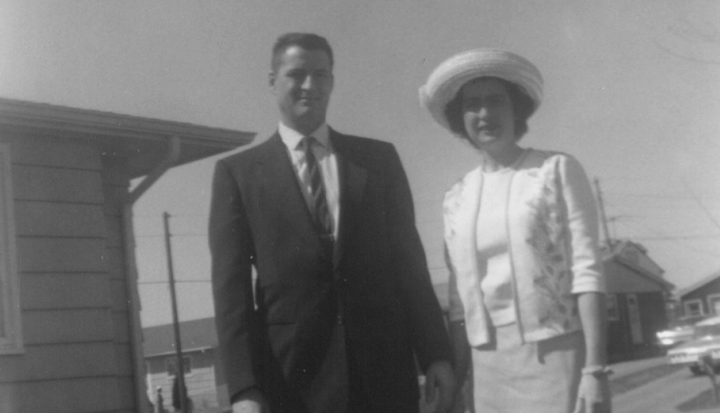 My dad and both granddads were union guys. Dad worked in factories his whole life, except for a few years of military service during the Korean War. One of my granddads was a brakeman for the railroad and the other a carpenter. All of them were active in their respective union locals. One of my great-grandfathers was a union organizer back when being so was a dangerous occupation.

Sure, there were tough times of strikes and layoffs, war and Depression, but the family was able to make it. Union pay, benefits, and job security offered dad and the others a stable, lower-middle class life for their families. They were never rich, but a middle class life was a big step up from the poverty that dogged so many earlier ancestors further up the family tree. My dad died several years ago, but in his legacy, along with his favorite fishing and duck hunting gear and his pocket rosary, is a banged-up, black lunch bucket with a Steelworkers’ decal.

If statistics are right, very few of you reading these words belong to union households. In the 1950s more than a third of America’s wage earners were union members. Today it’s barely over 10%. Among younger workers it’s much lower.

It’s the same with my family. Today none of my relatives belong to a union. None of my siblings, none of their children, and none of their grandchildren are union members. Ditto for cousins. Not so coincidentally, the secure middle class life that was won by our dad and granddads is proving hard to achieve for many of these men’s descendents. Some hover in precarious economic situations.

The heyday for labor unions in America stretched from the late ‘40s through the early ‘60s. Those years were also the heyday for America’s middle class. They were also the period when Catholics were most active in their churches. The Mass attendance rate was 75% in 1955; it’s about 40% today. Similar declines are seen for other forms of church involvement since those decades.

My family has been no exception to this national trend. I remember being at a daily Mass as a schoolboy when an altar server did not show up and my granddad in his carpenter’s bib overalls stepped up to the altar to serve. I was embarrassed then. I’m proud of him now. Today, among the many descendents of that granddad, few attend church at all.

The ancient watchword for the Benedictine orders, ora et labora—“pray and work”—reflects the profound connection that Catholics see between spirituality and work. We understand that faith and work are inseparable. We understand that the dignity of work is foundational for the dignity of human life itself. The Catholic Church teaches that work should provide all that’s materially needed for a dignified life for the worker and her family. For that reason it strongly endorses labor unions. In 1891 Pope Leo XVIII wrote in the encyclical Rerum Novarum that labor unions should be encouraged precisely because they enable workers to achieve for themselves and their families livable wages, dignified work, and a stable lifestyle in which faith can flourish.

My dad and granddads would agree. I’ll be thinking of them and their unions with admiration and gratitude this Labor Day.