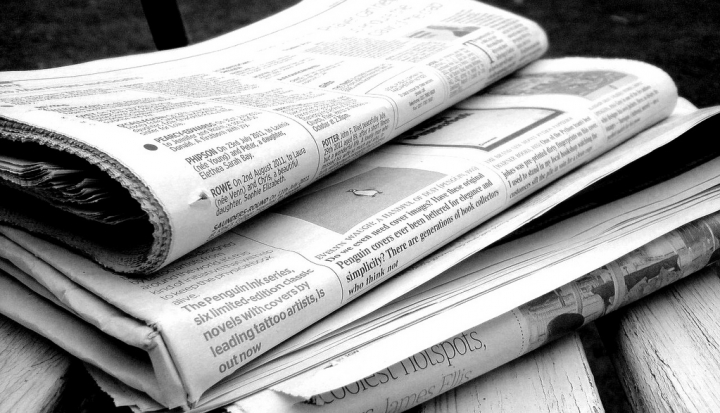 I take pride in being a citizen who knows what is going on in the world. But after the last couple of weeks, I have to wonder if staying on top of the news is really in my best interest. Because here’s the thing: I’m miserable. I’m beyond miserable, I’m despondent.

This month, I absorbed the terrible news of the mass murder in Orlando. I was still trying to process the tragedy when news broke that Alton Sterling was killed by police in Baton Rouge. Less than a day later, news outlets again exploded when Philando Castile was killed by police in Falcon Heights, Minnesota. The next day, police officers Brent Thompson, Lorne Ahrens, Patrick Zamarripa, Michael J. Smith, and Michael Krol were gunned down by a gunman in Dallas. More shootings followed. Bam, bam, bam, more news, more blood, more grainy cellphone images electrifying the undercurrent of hate charging through our country.

The only thing slowing the onslaught of news covering police shootings is the coverage of the least popular presidential candidates in American history. We used to have to work hard to get to know a candidate. Now many of us would probably be happier if we knew a little less about them.

We cannot escape the news. My children can’t escape it. Excessive news viewing used to be a quirky character trait, as in, “I’d introduce you to my Aunt Lorrie, but she’s too busy watching C-SPAN to leave the house.” But now the news is everywhere, constant and mostly negative. Because of trending news feeds and 24-hour news channels, all of us are news junkies now, though few of us chose this obsessive, national pastime.

A few weeks ago, my 6-year-old asked if he could tell me something.

“Four people were hiking up a mountain,” he told me. “A wildfire happened and then they died. All four of them.”

It was not what I was expecting him to say. What I was expecting was a reasoned argument for why he should be able to have his third Popsicle of the day at 11 in the morning. Instead I got fiery deaths. I have no idea how he knew about the wildfires that had spread throughout Arizona and much of the Southwest. As far as I know, he’s not into MSNBC or any other news channel, but somehow he just knows.

Certainly, we cannot take umbrage with the media for covering the bad things that happen in the world. It is, after all, their job to tell us what’s going on. But we can take issue with its volume and lack of sensitivity.

Here’s something they teach in graduate-level creative writing courses: The image does enough work. Good writing gives readers the opportunity to bring their hearts to a moment.

Modern reportage, in contrast, drags our hearts bleeding, bruised, and bare up to an image and tells us what we are seeing, what it means, and how we should feel about it. Then it shows it to us another 50 times.

Modern reportage is a sledge hammer. It does not respect our hearts.

When people die, when they are beaten, when we are faced with the gruesome, physical reality of hate in the world, our hearts need a minute. What we don’t need is a thousand more minutes of soul-crushing reportage.

A study done in 2013 examined the impact of the Boston Marathon bombing on viewers of the news. Those who watched six or more hours of coverage were nine times more likely to report acute stress. Another study that explored the psychological effects of negative television news determined, “It appears that the majority of the news is negatively biased, unless, of course we live in a ‘bad world.’ ”

But we don’t live in a bad world. Most of us are good. The media, in competition for our viewership, is feeding a beast we created. It’s time to stop giving credence to the journalistic adage “If it bleeds, it leads.” While I have an obligation as a citizen to stay informed, I also have an obligation to protect my heart.

After this week, I am turning the news off. Avoiding the insistence of negative news coverage is no easy task, but we do have options. Many major news sources have online pages dedicated to positive news stories. Huffington Post, ABC News, and Good Morning America are a few. Other sites, such as the Good News Network and Sunny Skyz, continue this pursuit of shining a light on our better natures. The Catholic site EWTN News offers comprehensive news that does not aim to smash our hearts to bits.

I believe that all we really need to retain our informed citizenry is the facts. Other than that, I am signing off. I will not click. I will “X” out the stories that lead to dark places. The media can only have as much impact on my heart as I let it.

The truth is, I’m going to miss the news, the updates, the feeling of riding on a crest of ever-competing news stories that aim to drown all the places in my heart that ache for air. Certainly at the end of the day, without the constant tsunami of news coverage, I may be slightly less informed. But my heart, after a much needed respite, will be more capable of responding to the world in useful, healthy ways.