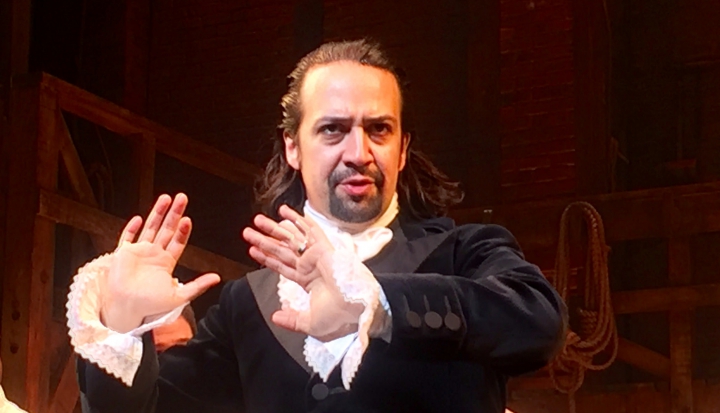 The year 2016 gets no love. The close of last year brought cheers from a diverse cross-section of American society, and yet, some great things happened during this ominous year of a difficult presidential election and an onslaught of celebrity deaths. And no, I’m not referring to Pokemon Go. I’m talking about the emergence of Forgiveness with a capital F, particularly after infidelity in marriage.

Take, for example, the two biggest cultural zeitgeists of 2016, Beyoncé’s Lemonade album and the powerhouse that is Lin-Manuel Miranda’s Hamilton. The music of both has many commonalities besides its shared genius. Both masterfully and playfully borrow from a wide variety of genres for maximum impact and maximum showcasing of the artists’ talents. Who knew Beyoncé could nail a country western song as unexpectedly as she does in “Daddy Lessons”? And Lin-Manuel Miranda clearly knows his way around a Little Richard cover in addition to his encyclopedic knowledge of all things hip-hop. But it isn’t merely the borrowing of musical genres that transform these from albums to high art: The depth of the albums’ emotional themes resonate and escalate the music beyond any other music produced in the last several years.

When Beyoncé dropped Lemonade in May 2016 the internet went crazy, with even the least of Beyoncé’s fans speculating whether the raw, painful album, which documents her husband Jay-Z’s infidelities, could possibly be true. Did one of the most beautiful, talented woman in the world just tell us that her husband had indeed cheated on her not once, but multiple times? And is it possible that they are still together after so public a humiliation and disrespect to their marriage?

Lemonade documents the anger, grief, doubt, and rebuilding that took place after the couple’s marriage was rocked by infidelity. Women across the country were professing to be “Becky with the Good Hair” or claiming not to be. Beyoncé and Jay-Z, for their part, remained quiet after the album’s release, letting the music itself tell their story.

Lemonade is more than a story of a marriage in trouble. Beyoncé pulls the lens away from herself and gives a macro account of what it means to be a Black woman in America today. She offers a scathing look at the experience of a Black woman in all its incarnations from angry, abused slave to triumphant, empowered wife. But what remains the heartbeat of the album is “All Night,” a song that finds Beyoncé back in her husband’s arms, in their shared bed, carefully, but thoughtfully forgiving the past and moving forward with a man she made a promise to. It is a powerful, moving song, its intensity lifted by every song that precedes it.

The news of Beyoncé and Jay-Z’s trials, while surprising, were nothing in comparison to our nation’s first public sex scandal, perpetrated by founding father Alexander Hamilton. Much like Beyoncé, Hamilton chose to publicize his account of his affair in what is known as the Reynolds Pamphlet (after Mariah Reynolds, the woman with whom Hamilton had a yearlong affair). American society of the turn of the 18th century consumed the pamphlet perhaps more voraciously than we consumed Lemonade, so eager were they for the details of how a great man could be made so low. The person most greatly affected, of course, was Hamilton’s wife, the ever-faithful and loving Eliza. In response to Hamilton’s publicized infidelities, Eliza went silent, artfully interpreted by Miranda in the song “Burn”: “I’m erasing myself from the narrative / Let future historians wonder how Eliza reacted when you broke her heart.”

“Burn” is a fire of a song, blazing into the hearts of its listeners, but as with the narrative laid out by Beyoncé, it is not where the story of the Hamilton marriage ends. These zeitgeist marriages of 2016 did not go down in a blaze of infidelity and divorce. Instead, both marriages lived through the ugliness, the doubt, the scars, the necessary changes and revisions to the understanding of who these couples were to each other.

The heartbeat of both the Hamilton musical and the recent Hamilton Mixtape is the tearjerker, “It’s Quiet Uptown,” a song which documents the grief of Alexander and Eliza after their beloved son Philip is killed in a duel. Surely, Beyoncé could understand a line such as this one: “There are moments that the words don’t reach … the moments when you’re in so deep / it feels easier to just swim down.” And one hopes Jay-Z had the wisdom to utter such things as Miranda invents for Hamilton in the lines:

I know I don’t deserve you, Eliza
But hear me out, that would be enough …
I don’t pretend to know
The challenges we’re facing.
I know there’s no replacing what we’ve lost
And you need time.
But I’m not afraid.
I know who I married.
Just let me stay here by your side.
That would be enough.

And then, of course, as the story goes, Eliza takes his hand and forgives him. It’s a beauty beyond any other beauty, that forgiveness, that washing away of sins. Listening to it in any of its forms, from the original musical version to the Kelly Clarkson cover that now has frequent airplay on the radio, is powerful enough to break the hardest of listeners because that’s what forgiveness does. It breaks us down and builds us up again. And sadly, there’s just not enough of it in television, movies, or music. But we need forgiveness. We need to be broken down and built it. We need to remember that as a possibility.

On the tail of a year that still has many of us reeling, it’s good to know that some good things came out of 2016, stories of resilience, of love, of forgiveness. None of us know yet what 2017 will hold, but one thing we can be sure of is more narratives and examples of forgiveness like the ones in Lemonade and Hamilton would be a good start. Let’s change our understanding of last year. It’s time to break down and start building up again.