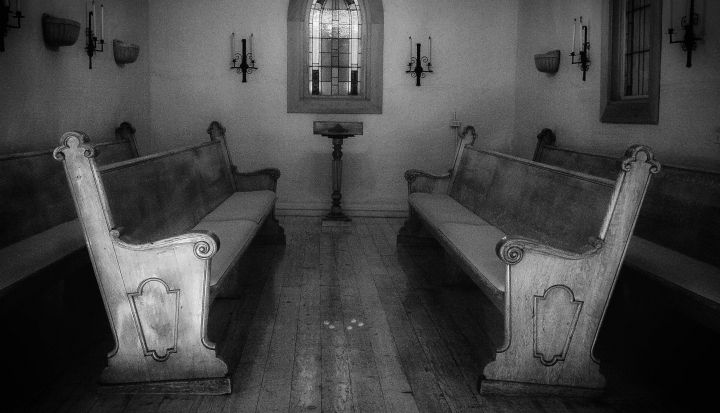 Looking back at all the debates that took place before, during, and after the Synod on the Family, the most serious and most common misrepresentation of Catholic Church teaching is the claim that those who have divorced and remarried are not allowed to receive communion because they are in a state of mortal sin.

Let me make this very clear: This claim is quite wrong. Many people have arrogantly or ignorantly concluded that they can authoritatively determine couples’ state of sin or grace. But this is not what the church teaches.

The Catechism of the Catholic Church states:

Imputability and responsibility for an action can be diminished or even nullified by ignorance, duress, fear, habit, inordinate attachments, and other psychological or social factors (1735).

The final relatio (report) from the 2015 Synod (at the time of this writing only available in Italian) specifically cites this teaching from the Catechism. The relatio goes on to explain that “the evaluation of an objective situation must not lead to a judgement on the ‘subjective’ imputability [in this instance, of the couple]” (85).

Cardinal Carlo Caffara, the Archbishop of Bologna, has been an outspoken supporter of maintaining current church discipline and not allowing any divorced and remarried couple to receive communion (unless they commit to lifelong sexual abstinence). However, even Cardinal Caffara admits in a 2014 interview:

The reason why the Church doesn’t allow the divorced and remarried to receive Communion is not because she automatically presumes that they are all in a state of mortal sin. The Lord, who knows the heart, knows the subjective consciences of these people.

The church recognizes that divorced and remarried couples may very well not be in a state of mortal sin. Why can these couples not receive the Eucharist after discerning with their priest confessor or going through some other type of penitential or discernment process? Why can’t they receive communion? This is what Cardinal Walter Kasper, a theologian and former president of the Pontifical Council for Promoting Christian Unity, proposed.

There are really two reasons why the church teaches that these couples may not receive Communion. First of all, they are in a relationship that “objectively contravenes God’s law” (Catechism 1650) and so they “contradict that union of love between Christ and the Church which is effected by the Eucharist” (Familiaris Consortio 84). And secondly, allowing these couples to receive the Eucharist would be a source of scandal and confusion to the rest of the faithful concerning the sacramental character and indissolubility of marriage.

It is certainly true that when a marriage fails there is a diminishment within the church. Loving relationships can help symbolize the union of Christ and the church. However, I can’t say that I know anyone whose belief would be shaken because of the failure of someone’s sacramental marriage. As far as scandalizing or confusing the faithful is concerned, wouldn’t that just be a matter of good catechesis? Many seem more scandalized and confused by the current practice.

Although certainly not a perfect parallel, the whole situation reminds me of the church’s position on funerals for those who have committed suicide. Prior to Vatican II, the church would generally not allow someone who committed suicide to have a Catholic funeral. Eventually, when the 1983 Code of Canon Law was promulgated, there was no longer any prohibition for those who had committed suicide. The church still teaches that to take one’s own life is a grave offense. However, the church also came to recognize that depression or other factors can limit the personal guilt of the one who committed suicide. While the act remains objectively wrong, the guilt of the person who committed the act is not known. The church opted for mercy and compassion. Suicide is still morally unacceptable, however, there was a much needed change in church practice. This change was made because the church believed that the Holy Spirit was guiding it to make its practice more in line with the example of Christ.

In his closing speech to the 2015 Ordinary Synod on the Family, Pope Francis said the Synod had in part “laid bare the closed hearts which frequently hide even behind the Church’s teachings or good intentions, in order to sit in the chair of Moses and judge, sometimes with superiority and superficiality, difficult cases and wounded families.” This is certainly being directed in part to those who believe they are able to see into the conscience of others and determine whether a person is in a state of sin or grace. Much greater humility is needed. These people are not accurately understanding or representing the teaching of the Catholic Church.