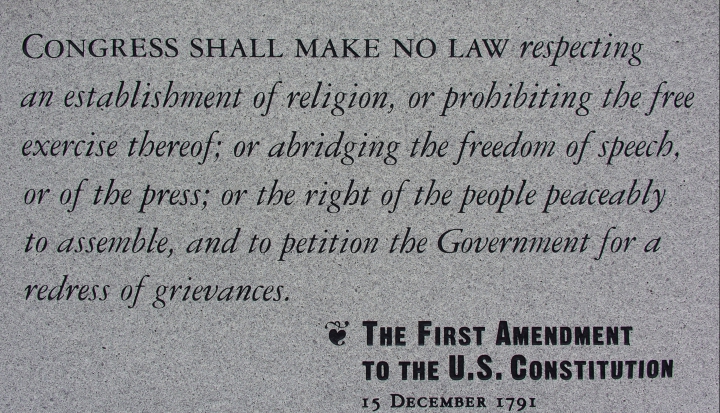 For the American Catholic Church, the dust is a long way from being settled regarding the Supreme Court's recent decision for same-sex marriage. How Catholic institutions will respond is not entirely clear. The U. S. Conference of Catholic Bishops, in an early response, compared same-sex marriage with abortion, stating:  “Just as Roe v. Wade did not settle the question of abortion over 40 years ago, Obergefell v. Hodges does not settle the question of marriage today.” Is the implication of this statement that the Catholic response should be a political, legal, and cultural campaign against same-sex marriage, akin to that waged against abortion? Frankly, I’m doubtful that’s the approach the Catholics will take.

The comparison with abortion does not work. It’s apples to oranges. What drives our moral response to abortion? Arguably, it’s not the personal sin of the abortionist. No, it’s the terrible harm done to unconsenting innocents. But no comparable harm results from consenting same-sex relationships. So, shouldn’t we expect that how the church responds to the Obergefell decision is likely to be quite different from its decades-long response to Roe?

If not abortion, then what might be an appropriate comparison for both how the Obergefell decision is likely to be implemented in law and policy in regards to religion? How will Catholics eventually deal with the reality of same-sex marriage in American life? Well, consider the issue of divorce and remarriage. It offers an interesting parallel.

I’m no theologian, but the comparison of same-sex marriage with the issue of divorce and remarriage seems theologically apt. Catholic teaching states that any sexual relationship outside of the sacrament of marriage is wrong. Hence, those in same-sex relationships and those remarried without annulment are in pretty much the same position from the perspective of the church. The parallel in the context of public policy is also apt, since American law recognizes the legality of divorce and remarriage and the church does not.

This is also reassuring for religious liberty. American law’s time-honored deference to the separation of church and state is very much in evidence regarding divorce. The First Amendment’s admonishment against government interference in religion is respected. Even though divorce is long-established law that is available to all citizens, state and federal laws do not force religions to recognize or provide divorce and remarriage. Even though businesses and public institutions may not discriminate against divorced and remarried individuals, at the same time, when it comes to important ministerial positions within their institutions, receipt of sacraments, and so on, American law allows religions to consider marital status in their determinations. Following this parallel, we can be assured that the implementation of Obergefell will not mean that Catholic churches will be forced to perform same-sex marriages. For important ministerial positions, the church will continue to be able to exclude those in same-sex relationships if it so chooses.

The comparison of same-sex marriage with divorce is also very telling from the perspective of the church’s own practices. Over time Catholics have gradually found prudential ways to deal with the public legality of divorce in America. Divorced and remarried individuals, both Catholics and non-Catholics, are widely present in many of our faith-based organizations and institutions—as teachers, doctors, social workers, and administrators and on parish councils, school boards, boards of trustees, and so forth. Catholic adoption agencies have placed children into the homes of divorced and remarried couples. Within our institutions, divorced and remarried Catholics, far from being treated like pariahs, are today treated with the same respect and dignity that our faith demands from us for all people.

The church, of course, has not changed its doctrine. Catholic teachings remain fundamentally opposed to divorce and remarriage. Moreover, Catholic analysis has long worried about the impact of divorce on the institution of the family for society and, most specifically, about its impact on children. In practical ways, however, the church in America approaches the issue of divorce very differently from the way it confronts abortion policy. Divorced and remarried politicians are not castigated. State and federal laws pertaining to divorce are not portrayed as affronts to religious liberty. It’s not a topic at Fortnight for Freedom rallies. Instead, despite fundamental doctrinal objection, church institutions have found ways to accommodate pertinent federal and state laws and regulations, apparently without any sense that faith is compromised. I probably don’t even need to mention Ronald Reagan to note that even the most conservative Catholics do not find any immorality in working with individuals who are divorced and remarried.

Does the parallel suggest an eventual way forward for the church to deal with the implementation of the laws, policies, and regulations for same-sex marriage following the Obergefell decision? That’s my prediction. With all due respect to the USCCB’s early response to the Supreme Court’s decision, comparing the Obergefell case with Roe v. Wade does not wash. Public policies at variance with important church teachings need not always be approached as campaigns in the culture war.