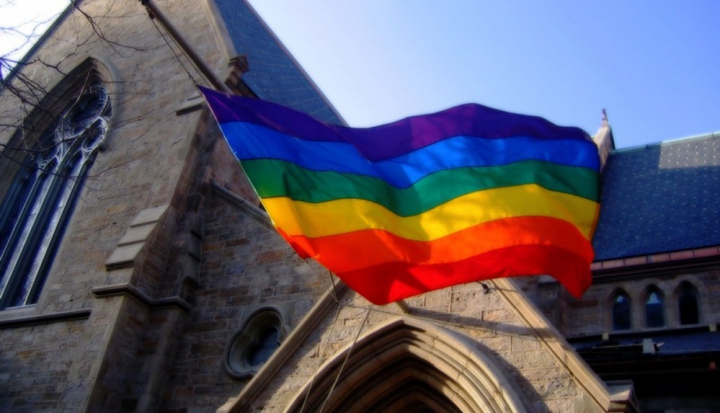 We have once again witnessed a devastating and horrific act of mass murder. On June 12, 2016 a violent young man and fellow citizen who was heavily-armed, psychologically-troubled, and professing hatred of LGBT people and allegiance to a radical and violent form of Islam killed 49 people and injured another 53. These kinds of mass shootings happen regularly in the United States; this is the most recent and the most lethal.

Many have responded with the usual statements about keeping those who have died and their loved ones in our thoughts and prayers. But some Catholic bishops have responded to the shootings at Pulse, the Orlando gay nightclub, in a way that goes beyond these all-too-familiar sentiments. Instead, these bishops seem to be adopting the much more inclusive pastoral vision of Pope Francis—a vision that embraces a “culture of encounter” with those with whom one has serious disagreements.

Bishop Robert Lynch of St. Petersburg, Florida called for a ban on weapons designed for mass killing and rejected barring all Muslims from the country as un-American. But this was not all he said. He also expressed dismay that religious people can express hatred and contempt for LGBT people in a way that makes acts of violence against them more likely.

Similarly, Archbishop Blase Cupich of Chicago decried gun violence and, addressing the gay and lesbian community as “our brothers and sisters,” said, “We stand with you.” Bishop Robert McElroy of San Diego, CA wrote, “This tragedy is a call for us as Catholics to combat ever more vigorously the anti-gay prejudice which exists in our Catholic community and in our country.”

To understand the true impact of the bishops’ words, one must also consider the other statements from the church regarding LGBT people. In 1997 the Committee on Marriage and Family Life of the United States Conference of Catholic Bishops (USCCB) released the document “Always Our Children: A Pastoral Message to Parents of Homosexual Children and Suggestions for Pastoral Ministers.” This document was warmly welcomed by some for the kind, pastoral tone it adopted. It was criticized for the same reason by others, who wanted a more rigorous emphasis on homosexual behavior as seriously sinful.

The Catechism of the Catholic Church states, “The number of men and women who have deep-seated homosexual tendencies is not negligible. This inclination, which is objectively disordered, constitutes for most of them a trial.” (Church officials using the terms LGBT or gay and lesbian is still a very recent and rare occurrence.) The catechism continues: “They must be accepted with respect, compassion, and sensitivity. Every sign of unjust discrimination in their regard should be avoided.”

Leaving aside for the moment the philosophical and technical meanings of the term objectively disordered, what is “unjust” discrimination? In 1992 the Congregation for the Doctrine of the Faith (CDF) released “Some Considerations Concerning the Response to Legislative Proposals on the Non-Discrimination of Homosexual Persons.” In this statement there is a condemnation of violence against gays and lesbians; however, there is also an acceptance of many other forms of “just” discrimination against LGBT people—in housing, employment, adoption, and military service. From this statement, it seems that the only unacceptable behavior against LGBT people is a violent attack.

The recent statements of the bishops responding to the tragedy in Orlando seem to go beyond the very mediocre, minimalist understanding of discrimination offered by the CDF. In a very Pope Francis-like move, these bishops directly or indirectly address some very challenging questions to the church itself. What does it mean for us to consider LGBT people “our brothers and sisters”? In what ways do Catholics breed contempt for LGBT people? Where can we find and how can we combat the anti-gay prejudice that exists in the Catholic community?

We need our bishops to give us guidance concerning the anti-LGBT prejudice and contempt that exists within the Catholic Church. A continuing silence is not morally courageous or pastorally responsible.

No normal human being should have any problem condemning acts of violence directed toward someone because of his or her sexual orientation. However, as a Catholic community, we need to do much more than just condemn violence. For example, it is legal in many states to fire someone for being gay, lesbian, or transgender. If we believe that this represents unjust discrimination, then how is it that our church is not on the front line working to end it? Surely we can’t congratulate ourselves because we explicitly condemn violence against LGBT people. Who doesn’t? Can’t we as a church do better than that? Shouldn’t we be actively doing something to end other forms of unjust discrimination?

Given the way that the Catholic Church has spoken about LGBT people and given the church’s stance against the moral acceptability of homosexual behavior and same-sex marriage, we will probably not be a welcome presence in the fight against LGBT discrimination, at least initially. However, that is all the more reason to speak out. If the Catholic Church is to have any moral credibility when we address issues like same-sex marriage or the natural moral ends of sexual intimacy, then we as Catholics must be willing to spend time and money fighting against injustices suffered by our LGBT brothers and sisters. We should not feel as if we need to change or water down our moral teachings, but we should look and act a lot more like Jesus Christ in our fight for justice. This is one of the more powerful lessons we should be learning from Pope Francis.

For some, the only experience they might have of the Catholic Church is being told that they or their favorite uncle, kindest teacher, or most generous neighbor is “gravely disordered,” “intrinsically evil,” or an “abomination.” In the face of having their dignity or that of the people they love diminished and insulted, these people, without an understanding of the technical vocabulary of moral theology, may conclude that it is the church itself that is “gravely disordered” or “intrinsically evil.” In order to persuade them that this is not the case, the Catholic Church should be much more willing to work in solidarity with and on behalf of communities that are suffering unjustly, even when we do not agree with all the beliefs of that community. 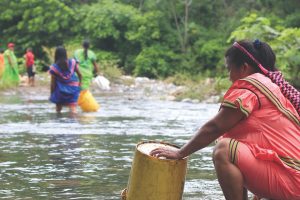 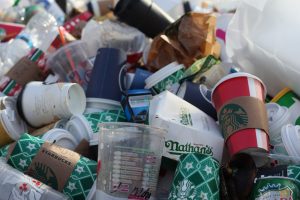