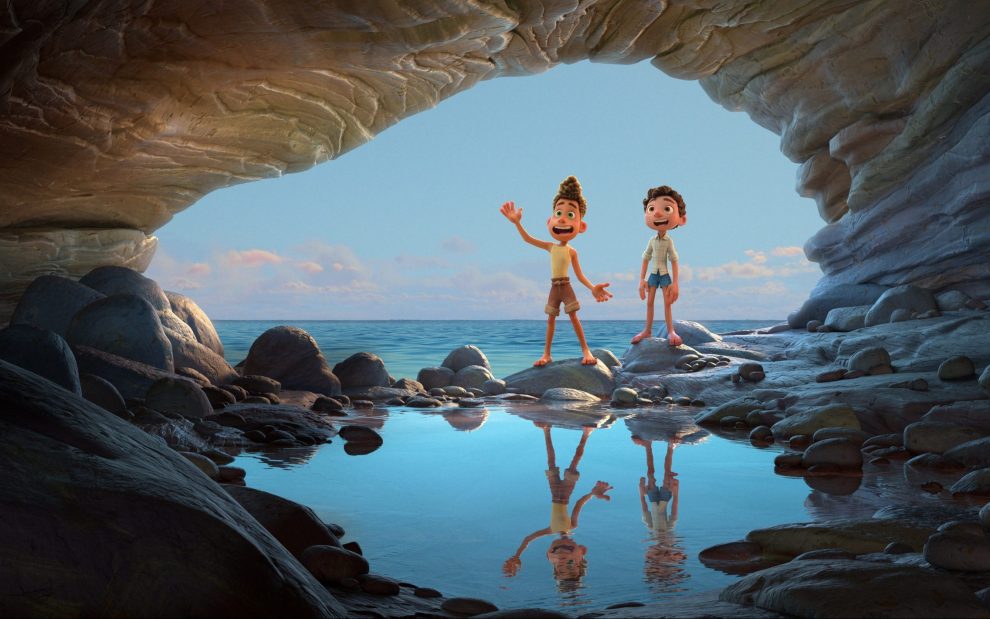 With Disney/Pixar dominating mainstream theatrical releases for the past 20 years, you likely are not reading a review of Luca to discern whether it is good or not: Luca stands as yet another worthy entry in Pixar’s pantheon of entertaining, tender, and pathos-driven animated films. With wit and charm, Luca tells the story of a young “sea monster” who struggles with issues of identity, belonging, family, and friendship. At first splash, the film appears to be The Little Mermaid remade for a new era, as the titular sea monster pines to shed his gills and walk among the humans. But Luca proves to be fresh and surprising.

From its direction and cinematography to its rich and enchanting animation, Luca’s visual and aesthetic elements meld with plot and story in satisfying, enchanting, and cathartic ways. Aurally, Luca nails its blend of scoring and voice-acting. This is evident during the film’s more inventive visual moments: imagination sequences, Luca’s depicted daydreams and fantasies, sweeping vistas, and environmental animation.

The plot unspools in a small fishing town on the Italian coast, where the townspeople fear sea monsters and the harmless sea monsters fear land dwellers. While most Pixar animation is unquestionably family friendly, Luca takes its family-oriented plotting a step further. Frightening elements are kept to a minimum, and the film’s nominal “bad guy” is—on the whole—a farcical caricature of self-centeredness.

Luca is a sea monster tale about tails, markers of difference that paradoxically make us outsiders and our unique selves. As Luca and his friends struggle with issues of identity, friendship, jealousy, and change, they learn what it means to be an underdog, discover a strength that comes from solidarity with otherness, and demonstrate a courage to accept oneself and our world’s many others.

Caleb Murray is a Ph.D. candidate in religious studies at Brown University. He writes about comparative ethics, politics, and popular culture.