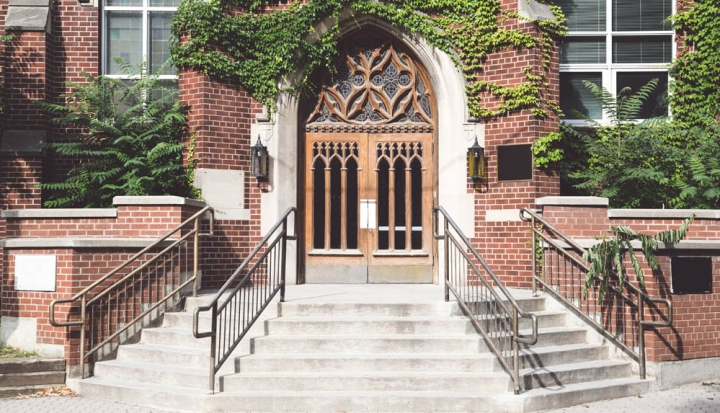 In Louisville, Kentucky, my hometown, there is a lifesaving parish called St. William. Every week, the single Sunday liturgy in the modest church building in an impoverished neighborhood is filled to capacity with a passionate mix of young and old; black, white, and brown; and religious and lay from dozens of zip codes.

St. William is a missional church. Everything on Sunday—from the opening song to the 20 minutes of announcements inviting action—is about mission. What the parish does in between Sundays is equally important. With over a dozen active ministries and projects that have evolved into important and impactful nonprofits, St. William has changed the city of Louisville.

In 2019, after six years of leadership by Pope Francis and 50 years of beckoning by the Second Vatican Council, the American Catholic Church is at a crossroads. Will it choose the path of Jesus, St. Francis, Dorothy Day, and now Pope Francis—the path of discipleship? Or will it preoccupy itself with “house rules,” self-contained recipes for salvation, and clerical fetish? In many ways, everything is at stake: the future of the church’s social mission, the future of the parish, and even the future of the planet.

Think of the church as a lifesaving station on a dangerous seacoast with frequent shipwrecks. The building was originally just a hut and there was only one boat, but the completely devoted members kept a constant watch over the sea and went out day and night tirelessly searching for the lost. Many were saved by this station, so it became famous. Some of those saved and others in the surrounding areas then gave their time and money to support its work. New boats were bought and crews were trained. The little lifesaving station grew.

Time passed. Some members of the lifesaving station became unhappy that the building was so crude and poorly equipped. They felt that a more comfortable place should be provided as the first refuge of those saved from the sea. So they replaced the cots with beds, put in better furniture, and enlarged the building. Soon the lifesaving station became a popular gathering place for its proud members; they redecorated it beautifully and used it as a kind of club. Fewer members were now interested in going to sea on lifesaving missions, so they hired lifeboat crews to do this work. The lifesaving motif still prevailed in the club decorations, however, and there was a liturgical lifeboat in the room where club initiations were held.

About this time, a large ship was wrecked off the coast and the hired crews brought in boatloads of cold, wet, half-drowned people. They were dirty, wounded, sick, and some had differently colored skin. The beautiful new club was left untidy and muddy. So the property committee immediately had a shower house built outside the club where shipwreck victims could clean up before coming inside.

At the next meeting there was a split in the club membership. Some leaders wanted to stop the club’s lifesaving activities, seeing them as an unpleasant hindrance to the normal social life of the club. Some of the members insisted that lifesaving was their primary purpose. But they were voted down and told that if they wanted to save the various people shipwrecked on those waters, they could start their own lifesaving station down the coast. They did.

But as the years went by the new station experienced the same changes that had occurred in the old. It evolved into a club, and yet another lifesaving station was founded. History continued to repeat itself, and if you visit that seacoast today, you find a number of exclusive clubs along that shore. Shipwrecks are still frequent in those waters, but most of the people drown.

As with the life station, over time the church’s mission, initially so inspiring and life-changing, gradually atrophies into something much less than it had been in its origin. The seemingly innocuous choices—perhaps reasonable, maybe well‑intentioned, but ultimately uninspired—of generation after generation can steer what had been a heroic project into a cozy but irrelevant organization. In time, there is little left that resembles the courage and sacrifice of the original narrative.

That movements, organizations, missions—and churches—can lose their way and vitality is not surprising or unusual. Indeed, it seems that transformative causes, ignited by passion, religious enthusiasm, and remarkable generosity, must sooner or later mutate into an institutional form that can sustain the work; otherwise these causes often die with the founders and their followers. However, the risk of institutionalizing is that the potency of the original cause can fade in the busyness and distractions of budgets, buildings, power, self-preoccupation, and lesser goals. Discipleship is replaced by membership. Lifesaving is replaced by club picnics.

One intention of Vatican II was/is to steer the Catholic community back to its origins, back to its “lifesaving” narrative. One could argue—I would—that the momentum toward Vatican II starts with Pope Leo XIII’s Rerum Novarum (On Capital and Labor) in 1891, which marks the official beginning of Catholic social teaching. In Rerum Novarum, the church navigates the danger and exploitation of the Industrial Revolution and speaks to matters of workplace safety, the proper treatment of children, just wages, and the needs of the poor, to name only a few. It explores—without saying so exactly—what love means in this time and place.

What happened between Rerum Novarum in 1891 and Laudato Si’ (On Care for Our Common Home) in 2015 is the unfolding story of a step-by-step embrace of the gospel call to love, justice, peace, and mercy. It hasn’t been a perfect reckoning—uneven in passion, focus, and strategy—but it’s a reckoning nevertheless. It chronicles the rebirth of the language of discipleship in the Catholic lexicon. It is an effort to remember and reclaim the memory, legacy, and mission of lifesaving.

Francis’ message is part of this continuing unfolding. Many have been surprised by his words and actions, but all that Francis has been/spoken/done is resonant with Catholic social teaching, the witness of saints, and the best work of Catholic agencies. What is distinctive and compelling about Pope Francis—as the church’s primary communicator—is that he has dedicated himself to crafting a message and vocabulary that are fresh, provocative, and enticing as concerns the church’s mission of engaged love and discipleship.

Moreover, he has integrated this message in all matters of church. No longer can social mission be considered an optional menu item on the smorgasbord of church life; it is central. It is not only central to Catholic social ethics, but also to Catholic identity, leadership, the terms of salvation, and even the survival of the planet.

It is also central to the parish; at least it ought to be.

In Evangelii Gaudium (The Joy of the Gospel), the first and most startling message of Francis’ papacy, he invites a rethinking of parish life so that discipleship and mission, not just membership, are etched into the DNA of parish programming. He writes, “I hope that all communities will devote the necessary effort to advancing along the path of a pastoral and missionary conversion which cannot leave things as they presently are.” I’m ready.

The challenge facing the “conversion” of parishes is a legacy of overemphasis on membership. The heart of Catholic identity and community has come to be identified with its sacramental life. Sacramental language and practice, like all religious language and ritual, is elastic; that is both a strength and weakness. Positively, the history and theology of sacraments can accommodate both belonging and commissioning. At its best, Catholicism does both. Unhappily, the legacy of sacramental preparation and language on the parish level has essentially denuded the life of faith of its missional opportunities through an overemphasis on membership.

This is why, for example, Catholic social teaching remains the “church’s best kept secret,” to quote an oft-used phrase. Catholic social teaching, to be clear, is a critical part of the blueprint for Catholic discipleship. It is not a specialized vocabulary for nuns, missionaries, activists, and Catholic Relief Services; it is a tool for translating the gospel mandate to love into real-life action in a world of poverty, abandonment, disparity, tribalism, war, climate change, and greed. To follow Jesus requires a good map and some dedicated preparation; love, like lifesaving, is hard.

When faith is disconnected from discipleship, mission, justice, and compassion, religious commitment becomes small, disconnected, and potentially narcissistic and otherworldly. It’s not that we should expect perfection from the baptized and ordained, but it seems reasonable to think that the formation of believers and leaders must include a robust reckoning with the invitation to simplicity, the responsibility of wealth, the call to compassion, and solidarity with the poor.

Several years ago, a few parishioners at St. William proposed the renovation of an underused building into an inner-city retreat ministry for young people. For almost two decades, high school and college students have been invited to week- or weekend-long retreat experiences that emphasize encounter with the marginalized of the inner city, theological reflection, and prayer. Every year, hundreds of young people walk in the footsteps of Jesus, learn and pray together, and are profoundly impacted by the experience. Besides providing an important formation opportunity for the church’s next generation—essentially equipping them to do the work of compassion and justice—the impact of this ministry is a growing parish population of young people and families.

During a very lively JustFaith justice formation session at my parish, one of the participants remarked that he was being profoundly impacted by the experience. But he went on to ask, “How could it be that I am 59 years old, have gone to Mass every Sunday of my life, and I’ve never heard any of this [Catholic social teaching] before?” He continued, with tears welling up in his eyes, “I can imagine I would have lived a very different life. I would have raised my children differently and made choices that only now seem imaginable.”

The real crisis of divorcing parish from mission is that it effectively shortchanges the invitation of faith. Religious education, sacramental preparation, assumptions of parish membership, and parish staffing and budget must reflect that its mission is to heal the world into fullness. The church will only survive and thrive by living and proclaiming a message that invites the community to be a witness to social and spiritual transformation, by embodying, sacramentalizing, and celebrating a love that can feed the hungry, clothe the naked, save those lost at sea, and make justice roll like a river.

True charity calls for more than a parish toy drive 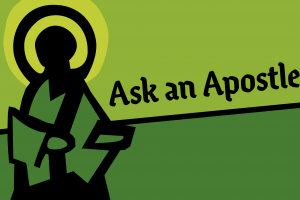 Ask an Apostle: Can I skip my friend’s wedding because of COVID? 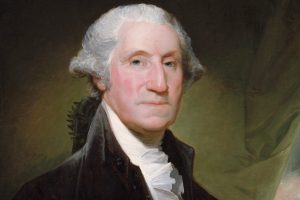